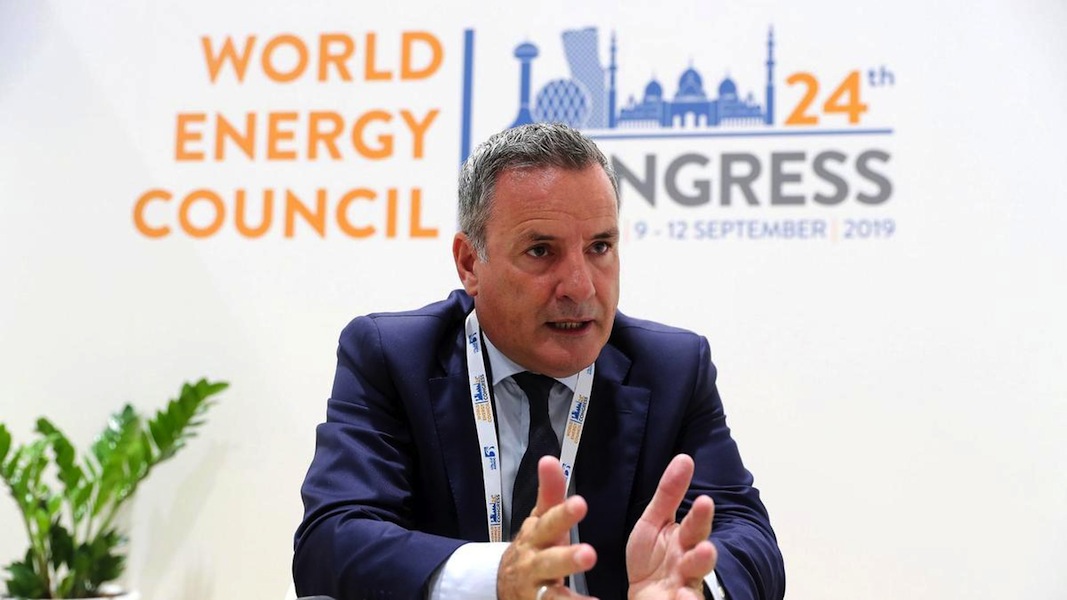 Lightsource BP, in which the major took a 43 per cent stake in 2017 eyes possible expansion in China and Australia – Lightsource BP chief executive Nick Boyle said he was targetting 10GW capacity build-up by 2023.

Lightsource, the solar arm of the global energy major BP, is looking at as much as $8 billion (Dh29.4bn) worth of projects worldwide as it looks to deploy 10 Gigawatts of capacity by 2023, according to its chief executive.

“The target is 10GW by 2023,” Nick Boyle told The National in an interview in Abu Dhabi.

Around $7 to $8bn would be required from “a mixture of debt and equity” to deploy the capacity, he added, noting that the cost could fluctuate over the coming years.

Lightsource, in which BP acquired a 43 per cent stake in 2017, is the largest solar developer in Europe and third biggest globally outside of China. Its an example of a broader push by big oil companies to include cleaner energy in their mix. Lightsource’s capacity build-up comes amid a push by fossil fuel companies to transition to energy companies as the global finance narrative turns against hydrocarbons investment.

Presently, Lightsource has an installed capacity of 2GW, largely in Europe, but has expanded to Brazil, India as well as Egypt.

In the North African country, where BP is the largest international investor, Lightsource has partnered with construction conglomerate Hassam Allam to work on solar projects. Egypt, the Arab world’s most populous country with a growing appetite for energy, has a government mandated plan to add 3.5GW of solar energy to grid by 2027. The country is developing large-scale solar parks such as the 1.9GW scheme in Benban, said to be the largest in the world when completed this year.

In Egypt, Lightsource has a couple of 100MW projects in the pipeline, said Mr Boyle.

“Egypt is an interesting market, it’s a very sunny country, electricity prices are rising, and it’s a market where there are large bankable parties that are willing to enter into long term power purchasing agreements and that’s very much the area that we’re focusing at the moment,” he said.

Elsewhere in the Middle East, the company is adopting a wait-and-see approach, particularly to renewable tenders in Saudi Arabia. The world’s largest oil exporter is looking to add more clean energy to grid as it looks to free up barrels for export. Saudi Arabia is looking to add up to 40GW of capacity in photovoltaic and 3.2GW in concentrated solar over the next decade. Mr Boyle noted that while the market is attractive, the aggressive pricing of local players is challenging and the company is looking at other opportunities, such as energy efficiency to penetrate the region.

Lightsource is also bullish on South America, where it recently acquired a Brazilian entity with 1.9GW of capacity and is also eyeing Australia as a significant market.

China, which is also making a green transition, switching off its coal power plants and turning to gas-fired and solar facilities for electricity, is also high on the company’s radar.

“We would be very interested in finding ways to move in in volume. China we could do on our own but it could be one of the markets where we would look to [joint venture],” said Mr Boyle.