Pursuant to what was stated in section 7.14.2 of the Partnerships’ Periodic Report to December 31, 2014 that was published on March 18, 2015 (ref. no. 2015-01-054505, 2015-01-054526) (“the Periodic Report”) in respect of contacts and/or negotiations between the Leviathan project partners including the Partnerships (“the Leviathan Partners”) with various parties in respect of exporting natural gas from the Leviathan Project, the Partnerships announce as follows: On November 24, 2015 a non-binding letter of intent was signed between the Leviathan Partners and Dolphinus Holdings Limited (“Letter of Intent” and “the Buyer”, respectively), in which the parties confirmed their intention to carry out negotiations on an agreement for the supply of natural gas (“the Binding Agreement”) from the Leviathan Project to the Buyer using the existing gas pipeline operated by East Mediterranean Gas Limited (“EMG”).

The  Letter of Intent includes several commercial conditions for the proposed  potential transaction, which will serve as a basis for negotiating the Binding Agreement. The estimated scope of the Binding Agreement is the supply of 4 BCM (billion cubic meters) per annum for a period of 10-15 years. The  parties’ intention is that the natural gas be transported using the  transmission system of Israel Natural Gas Lines Ltd  (“Natgaz”) to Ashkelon and from there to the local market in Egypt using the existing pipeline operated by EMG.

The price of gas that is set in the Letter of Intent is similar to the prices set in other agreements for the export of gas from Israel to regional markets and is  essentially based on a formula that includes linkage to the price of a barrel of Brent oil and includes a “floor price”.

To  the best of the Partnerships’ knowledge, the Buyer represents a consortium of  major Egyptian non-governmental industrial and commercial gas consumers, gas  distributors and entrepreneurs. It should be noted that the Binding Agreement, if it is signed, is in addition to  the supply agreement signed between the Buyer and the Tamar Project partners, including the Partnerships, as stated in section 7.13.5(A)(3) of the Periodic Report. 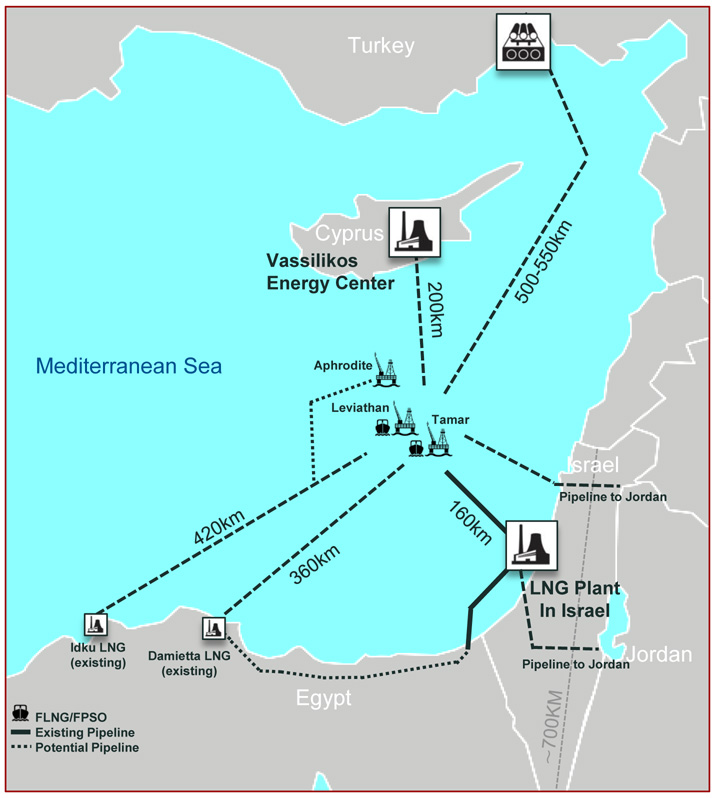 It is also stipulated that the above Letter of Intent and the Binding Agreement  (if signed) are in addition to the negotiations of the Leviathan Partners with  BG International Limited and National Electric Power Company Limited as stated in section 7.13.5(B) of the Periodic Report, and that the parties are working to complete the negotiations and to formulate binding agreements.