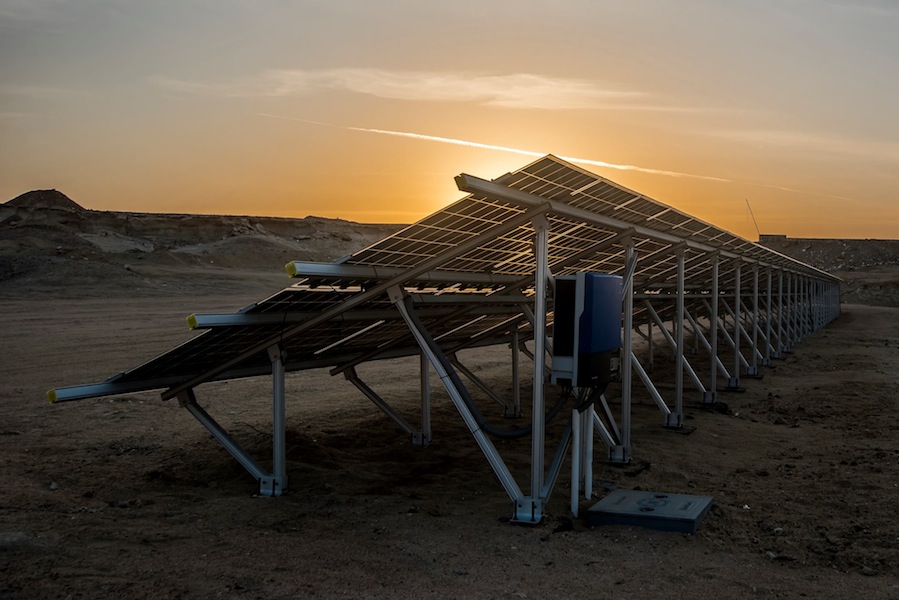 KarmSolar has signed a EGP 230 mn loan agreement with Banque Misr to build 24 MW solar power plants, CEO Ahmed Zahran told the local press. Zahran did not say how many plants the company will establish with the money.

KarmSolar is also in talks with five local and international banks for a EGP 1 bn loan to finance additional plants, Zahran said separately.

The banks include International Finance Corporation (IFC) and the European Bank for Reconstruction and Development (EBRD), Zahran said, adding that he wants to secure the loan before the end of the year.

KarmSolar is negotiating with five local and international banks to borrow EGP 1bn to finance the construction of several solar power plants.

Ahmed Zahran, the company’s CEO, said that KarmSolar aims to obtain the funding before the end of this year in order to implement the targeted plants and sell the energy produced for private companies at competitive prices.

Zahran told Daily News Egypt that the list of banks in negotiation with the company includes the International Finance Corporation (IFC) and the European Bank for Reconstruction and Development (EBRD). However, Zahran did not disclose the rest of the banks, saying, “it’s also possible to include Banque Misr to the list, after the bank has concluded an agreement recently with the company to finance EGP 230m worth solar projects.”

He explained that the loan offered by Banque Misr was allocated to finance the construction of 24MW solar power plants. KarmSolar sells the electricity produced by these projects to the Dakahlia Group under an agreement signed before the loan was obtained.

Zahran added that his company will provide 93% of the Dakahlia Poultry and Dakahlia Agriculture’s power needs for 30 years. Moreover, KarmSolar seeks to establish an administrative headquarters next to each of its power stations to follow up their performance and provide maintenance throughout the contract period.

He said that the company is continuing its plan to implement solar power plants and sell production to the private sector. The company secures financing for its projects from banks, and contributes part of its own sources to retain the ownership of the plants and sell energy on a net metering scheme.

He explained that the company is negotiating with several companies in Minya and Beni Suef governorates to sell electricity to them. It seeks to change the electricity distribution system, and to extend the customer base of solar energy.