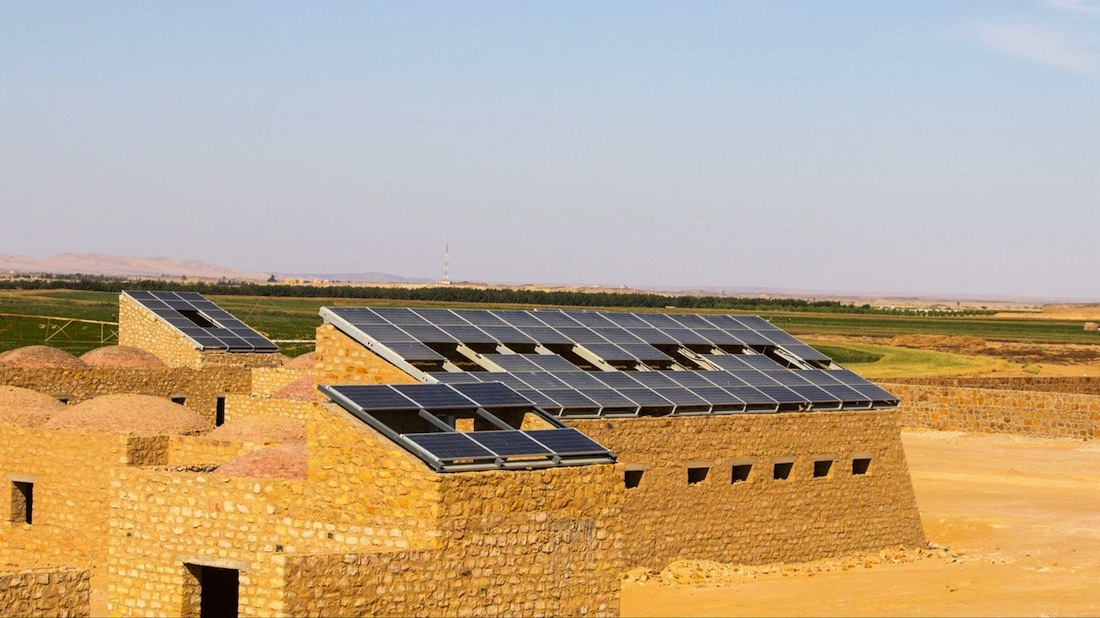 JinkoSolar and Schneider Electric have completed a 55kW off-grid solar power project in Sinai to provide 35 families with electricity, according to a company statement. Before the project, the families of Abu Ghuraqd village used diesel generators, which gave them access to power only 8 hours per day and caused both noise and air pollution.

The remote village called ABU GHURAQD is located about 30 km away from Abu Redis, which comprises of 35 families, Mosque, a school, a small medical center and three farms. The total connected power load includes 15kW residential load and two 25kW irrigation pumps. Prior to completion of the project, the only electricity source of the village has been three 30 kW diesel generators supplying the village with electricity for merely 8 hours per day, which could have not sufficiently met the power load demand. Besides, the noise and air pollution caused by diesel generators were another issue for local residents.

The project has been successfully completed and solved several challenges including governmental approvals and permissions, material security and transportation, as well as operation and maintenance responsibility. The completed off-grid solar power system covers power load for the village for 20 hours per day, significantly improving the life quality of the local residents. Reduced operation time of diesel generators is also helpful for environment protection.

“We’re pleased to form a strong partnership with Schneider Electric to deliver this meaningful project. At JinkoSolar, we believe that access to energy is a fundamental human right, and this project is directly in line with that belief.” said Dany Qian, VP of JinkoSolar. “In addition to the contribution to the effective and efficient operation of renewable energy facilities worldwide by providing products and solutions that are highly reliable and offer a good return on investment, JinkoSolar will strive to serve as a responsible corporate citizen with CSR initiatives centered on environmental awareness and clean energy accessibility to all.”