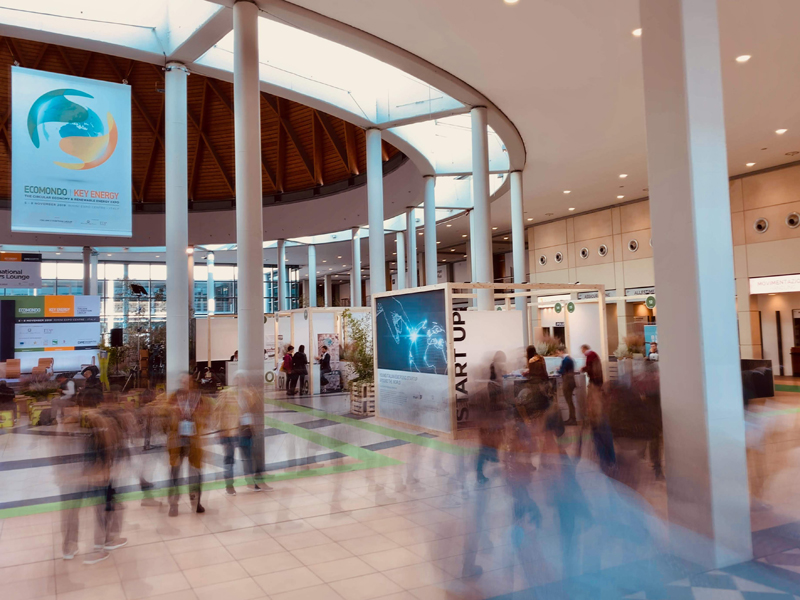 Key Energy and Ecomondo 2020 are leading expos for renewable energy and circular economy by Italian Exhibition Group (IEG) being held in Italy, at Rimini Expo Centre, from 3rd to 6th November 2020. What are this edition’s strong points?

“Some important new features have been added to a tradition that began 14 years ago. The conceptual setting is the European Green Deal, the European Commission’s guide document that has set as its ambitious aim the elimination of emissions of carbon dioxide in Europe within 2050. A first important cut of 55 percent must be achieved by 2030. It is therefore fundamental to first of all rapidly make an unprecedented effort to reduce the energy demand. Secondly, it is necessary to understand which combination of renewable energy sources is most suited to specific European regions. What is the best in the North, what others in the South, overlooking the Mediterranean basin. For example, regarding the reduction of demand, in other words the issue of energy efficiency, the new feature of this edition of Key Energy is the part dedicated to smart cities, and in particular the topic of illumination, called LUMIExpo, where visitors will be able to see the most important solutions for energy saving in private buildings or workplaces and smart lighting for city streets. Domestic and urban environments are the places in which we spend the majority of our lives, so Key Energy will show how to begin saving energy there too. At numerous conferences we shall face the issue of the new forms of energy production, such as co-generation or “energy communities”. Another important new feature is electric transport, which will arrive at Key Energy for the first time.”

What does the setting of the Green Deal mean for Key Energy?

“Europe is an open market that exports technology and cooperation for many aspects of energy production. The Green Deal sets objectives, to which the market and public policies must respond. For example, one of the effects that the Green Deal will produce in Europe, as the Key Energy scientific Committee interprets it, will be a tenfold increase in the installed power of photovoltaic systems, thanks also to a significant reduction of prices. It is therefore fundamental to visit Key Energy to accelerate this investment process and play the role of trailblazers. We believe that for Egypt, which began making significant investments in photovoltaic power some time ago, that this is an opportunity.”

How did the pandemic influence preparations for the expo?

”For some time, Italian Exhibition Group has obviously adopted methods for prevention and for lowering the risk represented by Covid-19. The #Safebusiness protocol will ensure that attending the expo centre premises will be safe, thanks to the distribution of facemasks and hand disinfectant and the control of body temperature. The areas of the halls have been redesigned to avoid gatherings. Lastly, GBAC STAR™ accreditation is under way to ensure an international standard in the constant cleaning and sanitization of the various rooms and areas:”