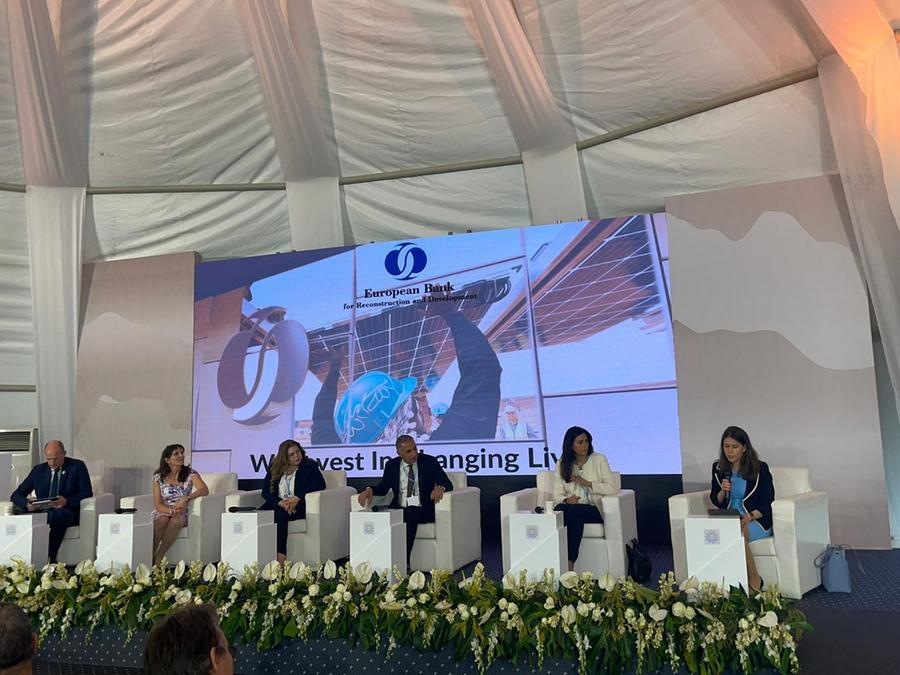 El Sewedy said that this initiative is aimed at educating and raising the awareness of corporate Boards of Directors about the opportunities and challenges of climate change, with the support of the European Bank for Reconstruction and Development (EBRD), the Climate Governance Initiative (CGI), and the founding group of the association.

During his participation in the panel entitled “Climate Governance Initiative – Egypt”, El Sewedy, the first Chairman of the Board, announced the initiation of the establishment process of “Chapter Zero Egypt – the Directors’ Climate Forum “, whereby a group of Board Directors of Egyptian companies held the first founders’ meeting to kick-off this unique organization aimed at educating and raising the awareness of company leaders about the opportunities and challenges of climate change.

This endeavor is part of the European Bank for Reconstruction and Development (EBRD)’s initiative, which commissioned BDO Consulting and LOBBY EGYPT Communication Advisory to establish an awareness & educational entity that addresses Climate Change and its impact on the Egyptian and global economy, for the Chairpersons & members of Company Boards of Directors.

BDO Managing Partner, Mohanad Taha Khaled, stressed that the association aims to inform Directors on topics related to climate change, motivating them to include them as priorities in the strategies of their companies. The association will also provide the opportunity to exchange knowledge, experiences and available studies between members in Egypt, as well as provide consultation on subjects related to local & international rules and procedures.

Eng. El Sewedy stressed the need to unite efforts between companies, members of civil society, and stakeholders, to reduce the impact of climate change and adopt policies that ensure sustainable development, promote growth and competitiveness, especially after Egypt signed many international agreements and implemented the United Nations Framework Convention on Climate Change, as well as ratifying the Kyoto Protocol and signing the Paris Climate Agreement. He added that the Egyptian government is working to create incentives for the participation of the private sector and financial institutions in investing in adaptation projects, under the umbrella of the National Climate Change Strategy 2050. In addition, Egypt’s hosting of the COP 27 climate conference, demonstrates the commitment to accelerate global climate action by reducing emissions, increasing adaptation efforts, and enhancing finance flows for African and developing countries to meet the upcoming challenges.

For his part, the Chairman of LOBBY EGYPT, Ayman Abd ElRahman, said that the first founders’ meeting of the association under establishment resulted in the election of Eng. Ahmed El Sewedy, as the first Chairman, Eng. Tarek El Gamal, Chairman of the Board of Directors of RedCon Contracting Company as Vice Chairman, and Dr. Shereen Abbas Helmy, CEO of Pharco Pharmaceuticals, as Treasurer of the Association, represented by Ms. Nancy Hadi, Pharco’s International Relations Director.

This undertaking follows EBRD’s adoption of the Green Economy Transition (GET) 2021-2025 approach, due to its paramount importance and within the framework of its global role and commitment to support the transition towards a low-emission green economy in the countries in which it operates, and thus sets a green financing target of more than 50% by 2025.

Since EBRD considers Egypt one of its main partners in this region, it positions this topic as a priority, taking into account the challenges facing the Egyptian economy as a result of climate change, which makes the creation of an entity that encompasses companies and stakeholders vital, so as to participate in formulating recommendations and conducting studies to support the private sector from an environmental, economic and social perspective.