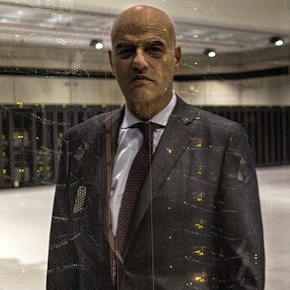 A drilling ship working about 120 miles off the Egyptian coast for Eni, the Italian oil company based here, bored into a giant trove of natural gas in July 2015 that turned out to be the largest discovery ever in the Mediterranean Sea and by far the largest by the global petroleum industry that year.

The find, called Zohr, meaning “noon” in Arabic, was the source of enormous relief and even elation at Eni, which had risked $70 million to drill a well in an area where Royal Dutch Shell, the Anglo-Dutch company, had previously drilled 10 without success.

Eni’s chief executive, Claudio Descalzi, let the drilling go ahead — despite serious misgivings inside the company — because some of his geologists were convinced that Shell and other rivals might have missed something big.

“It was a very emotional moment,” said Mr. Descalzi. “We tried to look outside the box.”

In a series of recent interviews, Mr. Descalzi and other Eni executives reflected on the ramifications of the discovery, which has reignited the industry’s flagging interest in Egypt and the entire eastern Mediterranean region.

Zohr and earlier big finds in places like Mozambique, Ghana and Venezuela have rewarded the effort that Mr. Descalzi, who became chief executive in 2014, has put into exploration. “We certainly would rank them as the best explorer of the majors on a five- to 10-year view,” said Andrew Latham, vice president for exploration at the Edinburgh-based energy consultants Wood Mackenzie.

Zohr’s natural gas is contained in limestone, a first for the eastern Mediterranean, rather than the sandstone of previous discoveries. The find has increased the petroleum industry’s interest not only in Egypt but in nearby countries like Israel, Cyprus, Lebanon and even Syria, whose waters may contain similar deposits, geologists theorize.

Zohr has also generated geopolitical ripples. While Zohr eclipsed previous discoveries in Israel, the hope, supported by the United States government, is that the countries in the region, including Israel and its former enemies, will cooperate and that one day some of them will export gas to nearby Europe.

Of course, the political obstacles still need to be navigated. “Everywhere you look there are political problems that say to investors, ‘You’ve got to spend a lot of money and the politics may go against you,’ ” said Jonathan Stern, chairman of the gas program at the Oxford Institute for Energy Studies, a research organization.

Well before the find, Mr. Descalzi was pushing his people to look for new oil and gas in the up-and-coming eastern Mediterranean region in Eni’s backyard. If an oil company does not replace the oil and gas it produces and sells, it withers away. Mr. Descalzi said that when he became responsible for exploration and production in 2008, Eni faced a choice of either buying other companies or finding the resources on its own. Mr. Descalzi says he chose the exploration path because it is cheaper and offers bigger payoffs — if successful.

Still, what he calls a “revolution” at the company was required. Exploration today is a high technology business. For one thing, heavy computing muscle is required to meld the data from the echoes of sound waves that explorers bounce off underground rocks into brightly colored three-dimensional holograms that help geologists figure the likelihood of oil and gas being present and, if so, where best to stick the wells to drain it.

Mr. Descalzi spent $450 million on strengthening exploration capabilities, including building a computing center at Ferrera Erbognone near Milan and on hiring and training people to handle the data.

He also told his exploration team to focus on targets near where Eni already had facilities so that any oil and gas they found could be brought to market quickly and relatively cheaply.

Mr. Descalzi’s approach has paid off nicely. According to Wood Mackenzie, over the last decade Eni, a modest-size company, has led the major international oil companies in volumes discovered. Eni also had the lowest finding costs — less than $1 per barrel of oil and gas discovered. That means these discoveries have a good chance of being profitable even at today’s low prices.

Mr. Latham of Wood Mackenzie said that Eni checks the right boxes for exploration success, including coherent strategy, top scientists and a close rapport between Mr. Descalzi and his exploration chief, Luca Bertelli.

The story of how Zohr was found gives insights into the way Eni works and into the interplay between technology and the human flair required for success.

While the gas-bearing “potato,” as such objects are known to geologists, is massive, covering about 40 square miles, high performance computing was needed to “see” it. Still, it took the insight of geologists to figure out what to look for and where to look.

While Eni had long been a big player in Egypt, the company’s portfolio there was in decline when the Egyptian government put the tract where Zohr was found up for auction in 2012.

Scrambling to prepare a bid, Eni first looked for deposits in sandstone similar to recent big discoveries in Israel, but soon determined that no large ones were present.

The Saipem 10000 drillship that was used for drilling the Zohr discovery well and the subsequent development wells.

Andrea Cozzi, the exploration chief in Cairo, told his team to try to come up with something different. After poring over seismic images — the bounce back from sound waves sent underground — they noticed the faint outlines of what eventually turned out to be Zohr near Egypt’s maritime border with Cyprus.

At the time, Eni had only old data from the mid-1990s. But after processing it with Mr. Descalzi’s new computers, the Cairo explorers could clearly see the outlines of a promising-looking rock structure around 11,000 feet below the sea surface, nestled beneath a thick layer of salt.

Sediments pouring into the sea from the Nile River for millions of years have created rich gas deposits in the eastern Mediterranean, but until recently the finds off Egypt — as well as in nearby Israeli and Cypriot waters — were all in a type of rock called sandstone.

Eni’s explorers had hit on another type of rock called a carbonate or limestone formed of thousands of feet of accumulated remains of marine animals laid down in shallow water environments that might have resembled the Bahamas. Eni was familiar with this type of rock because Eni was managing similar oil fields in Libya, Italy and elsewhere.

With little competition from other companies, Eni won the license in exchange for a commitment to spend $30 million on exploration over eight years. Still, there were doubts. The rocks were there, and the salt, while difficult to see through, was an ideal cap to seal in any gas. The explorers continued to argue whether gas was present. But they did know that given the size of the potato, the gas would be plentiful and therefore worth a lot of money — if it existed.

Eni tried to persuade other firms to share the risk but found no takers. Mr. Bertelli said that when the drilling began the Eni thought there was less than a 20 percent chance of success.

One reason Eni went ahead: The Egyptians, who had made life difficult for the oil companies, were promising to pay off billions of dollars that they owed the oil companies and set higher prices for gas they discovered, and Mr. Descalzi wanted to encourage them.

Not only have they found as much as 30 trillion cubic feet of gas, but the rock is very porous, and so the fuel comes rushing out. Eni is seeking to sell a stake in the gas, which is expected to begin flowing to the Egyptian market by the end of next year.

As is almost always the case with petroleum discoveries, the bulk of the value of Zohr is likely to flow to Egypt, which will use the fuel for electric power and domestic industry, but Zohr is still worth an estimated $6.4 billion to Eni, according to Oswald Clint, an analyst at Bernstein Research, a market research firm.

While it was drilling Zohr, Eni hedged against failure by punching into another Egyptian field called Nooros. The Nooros well succeeded, and the field is already prolific, producing 120,000 barrels a day. Mr. Descalzi sometimes seems stunned by his good fortune. “It is very easy to talk now because we have been so successful,” he said.