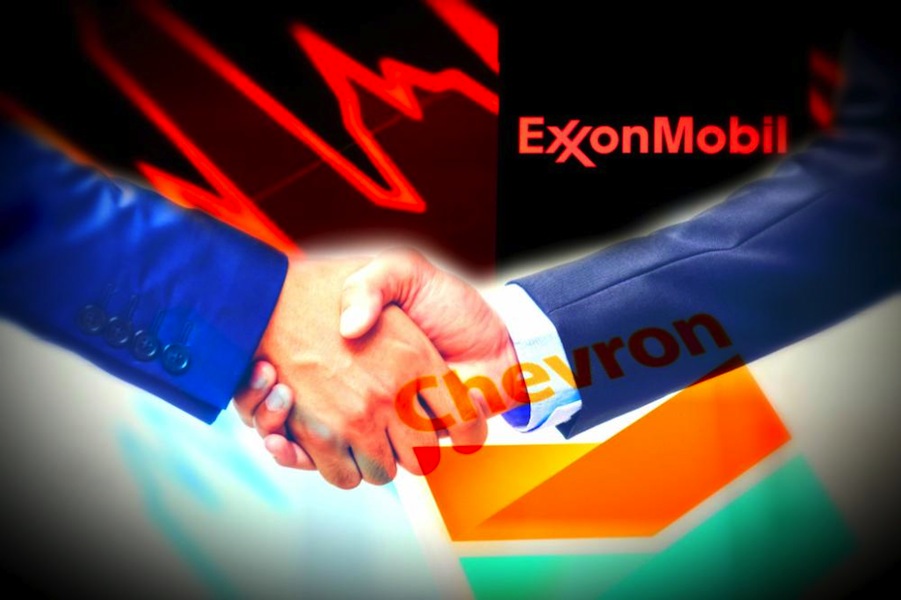 If true, the combination of Exxon Mobil and Chevron would form the world’s second largest oil company by market cap and production, second in both measures to Saudi Aramco.

Chevron CEO Mike Wirth and Exxon Mobil CEO Darren Woods spoke shortly after the coronavirus pandemic took hold, according to people familiar with the talks. The discussions were described as “preliminary and aren’t ongoing but could come back in the future,” the Wall Street Journal report said.

The talks were serious enough for legal documents involving certain aspects of the merger discussions to be drafted, one of the sources said, according to the report. The reason the talks ended was not disclosed.

If true, the combination would form the world’s second largest oil company by market cap and production, second in both measures to Saudi Aramco. The Wall Street Journal reported the combined company’s market value toping $350 billion and production of about 7 million bbl/d of oil and gas, based on pre-pandemic levels.

One of the sources in the report said that the CEOs of Exxon Mobil and Chevron envisioned achieving synergies through massive cost cuts to help weather the downturn in energy markets. At the end of 2019, Exxon Mobil employed about 75,000 people and Chevron roughly 48,000.

Last year, Chevron went on to acquire U.S.-based independent oil producer Noble Energy in a $5 billion all-stock deal that was completed in October.