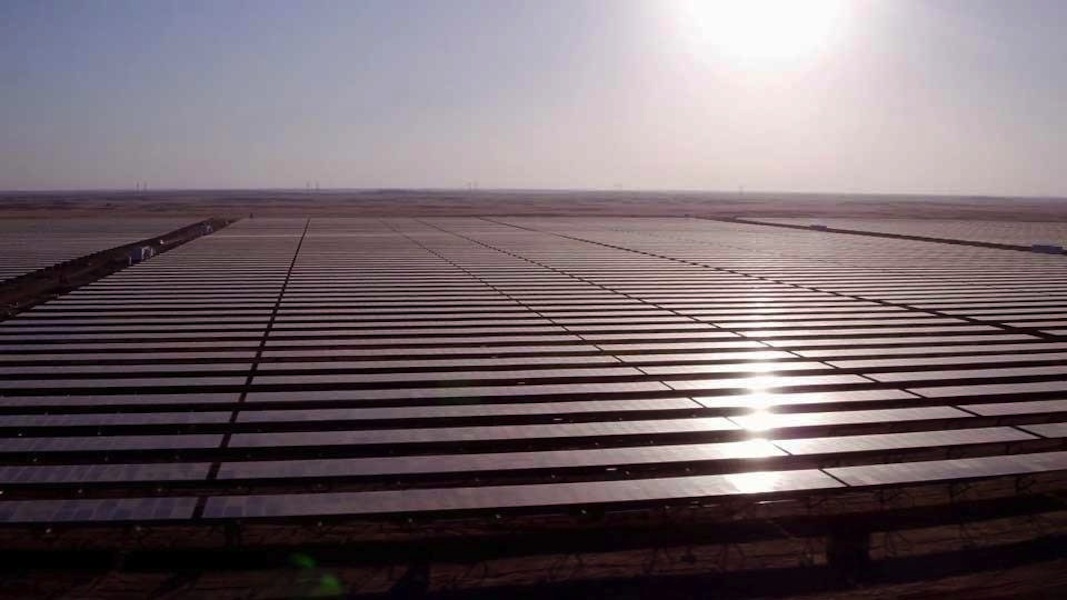 German solar project development company Ib Vogt has begun commercial operation of three solar power plants with a combined capacity of 166.5 MW at the Benban solar complex near Aswan, the company announced in a statement.

The plants were awarded under the second round of the feed-in tariff (FiT) program, and will produce over 400k MWh of electricity each year. This is in addition to the company’s 64.1 MW project it launched with Infinity Solar in March 2018.

Project developer, investor, EPC and O&M contractor ib vogt has achieved commercial operation (COD) of three solar power plants totalling 166.5 MWp, awarded under the second round of Egypt’s Feed-in Tariff (FiT) programme. Located in the Benban solar development complex near Aswan, Egypt, the PV plants “MMID 30”, “Phoenix 50” and “BSEP 50” extend over a combined area of 270 ha, on which more than 500,000 solar panels were mounted on horizontal tracking systems. Each year over 400,000 MWh of electricity is produced, enough to supply the demand of approximately 127,000 local households and save 178,000 t of CO2 emissions annually. The power generated is delivered to the Egyptian Electricity Transmission Company (EETC) on the basis of a 25-year power purchase agreement (PPA). ib vogt is acting as operation and maintenance (O&M) contractor for the facilities.

“We are very pleased to announce the successful delivery of these solar plants, which complete our 230.6 MWp portfolio in the Benban complex. This is the result of several years of preparation and execution by our partners Infinity Solar, Phoenix Energy and BPE partners as well as a very dedicated team. We would also like to thank all stakeholders, authorities and the community of Benban for their support, specifically the EETC. Special thanks is due to our financing partners from the ERBD and IFC, who have a big stake in making this landmark infrastructure project possible.” says Anton Milner, Managing Director of ib vogt GmbH.

Completing these projects came with a steep learning curve and required adaption to the remote desert conditions of the Benban solar complex. In response to the extremely dry climate with very high temperatures working hours had to start at 4 AM and weather events like sandstorms had to be dealt with multiple times a month. The experience of constructing and maintaining multi-hundred MWp of projects under these harsh conditions resulted in valuable know-how. This experience will be applied in areas with comparable conditions in the Middle East, North Africa and Sub-Sahara region, where ib vogt is developing further PV plants. With the increasing demand for solar power from businesses in conjunction with commercial PPAs, projects in the industrial, agricultural and educational sector will benefit from this expertise.

Harry Boyd-Carpenter, Head of Energy EMEA at EBRD, says, “the Benban project is a game-changer for Egypt and for the region. It shows that the right regulation, applied consistently and transparently by far-sighted authorities, can catalyse massive private sector investment in clean, stable power, helping Egypt move away from its reliance on gas without needing any public money. ib vogt was one of the very first to see this opportunity by leading the way in the first round of the Egyptian solar programme and we are delighted to have been able to support such a dynamic investor in these investments.”

Christopher M. Cantelmi, Principal at IFC, says: “Seeing this ambitious solar project becoming operational is impressive and we are proud to have supported this achievement for the people of Egypt. The Benban complex sets a great example to the scale of what is possible when the right people and organizations come together. This includes international developers like ib vogt in the Phoenix 50 project as well as regional and local companies, including smaller contractors who all went the extra mile, proving themselves as competent and reliable partners.”

Financial close was achieved by the project partners, an international conglomerate consisting of ib vogt, Infinity Solar, Phoenix Energy and BPE Partners, at the End of October 2017. For the “BSEP 50” and “MMID 30” installations financing has been provided by the European Bank for Reconstruction and Development (EBRD), the Dutch Development Bank (FMO) and the Green Climate Fund (GCF). The International Finance Corporation (IFC), the Asian Infrastructure Investment Bank (AIIB) and the CDC Group provided the financing for the “Phoenix 50” project. The secured debt financing for these projects amounts to USD 146 Million.

With the conclusion of these projects, ib vogt completes a 230.6 MWp portfolio within the Benban solar development complex. Previously the 64.1 MWp plant Infinity 50 had been inaugurated in early 2018 under the first round of Egypt’s FiT programme. At 1.8 GWp total capacity, the Benban solar complex is one of the world’s largest. It is a crucial part of Egypt’s plan to meet 20 per cent of its electricity demand through renewable energies by 2022.