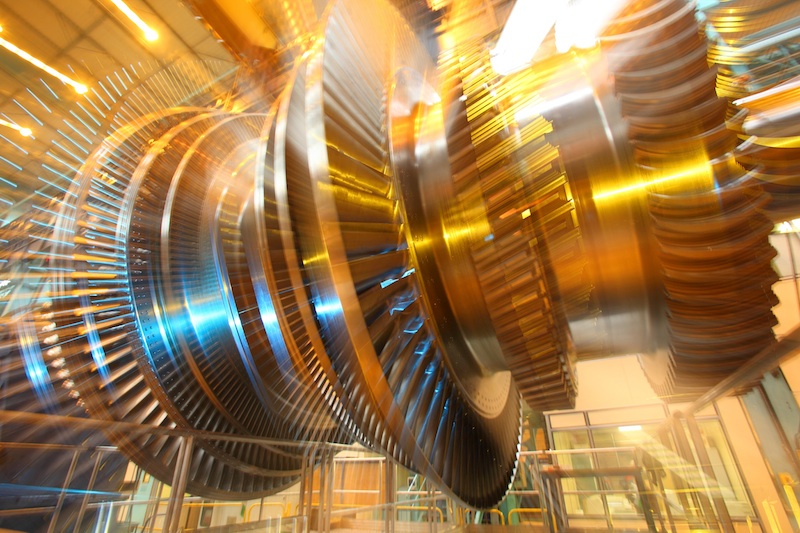 GE will supply four turbine units for the country’s planned 4,800 megawatt El Dabaa nuclear facility, it said Tuesday in a statement. The company will deliver one turbine each year from 2023 until 2026, and the units will begin operating at the rate of one per year from 2026 until 2029, Michael Keroulle, chief commercial officer for GE’s Steam Power business, said in a phone interview.

The contract was awarded by AAEM, a joint venture between GE and Russia-based Atomenergomash that will design and supply the turbine system for the reactor, GE said in an emailed response to questions.

Egypt, with an expanding population of more than 95 million and vast energy needs, wants to diversify its energy sources. In addition to building a nuclear plant, the country has said it wants to boost capacity to generate solar and wind power. The North African nation, which currently relies on oil and natural gas for more than 90 percent of its power, targets producing 20 percent of its electricity from renewables by 2022.

“Egypt has tremendous energy needs, and growth comes with higher energy consumption,” Keroulle said. “It’s starting projects in coal, nuclear and renewable energy, in addition to the existing gas and fuel projects, which adds security, sustainability and predictability in its energy sources.”

Russia and Egypt signed an agreement in 2017 deal to build the El Dabaa plant. Russia’s government-run Rosatom Corp. is expected to build four reactors of 1,200 megawatts each and supply nuclear fuel throughout the plant’s operational life. Atomenergomash is a unit of Rosatom. El Dabaa will help generate enough electricity for 4 million homes, GE said.

The turbine unit contract is Boston-based GE’s biggest in the Middle East and North Africa and Turkey so far this year, Ahmed Ramadan, president and chief executive officer of GE North East Africa said in a phone interview.

“As Egypt works to diversify its energy production and to support its growing economy, the El Dabaa nuclear power plant, equipped with GE Power’s Arabelle technology, will help Egypt deliver on their ambitious goals,” said Andreas Lusch, CEO of GE’s Steam Power. “Today, the Arabelle is helping to deliver more than 20GW of power around the world and we will leverage this experience and know-how to deliver reliable, dependable and CO2 free energy to the Egyptian grid.”

Electricity demand in Egypt has increased rapidly as a result of their growing population and increasing industrial activity. It’s estimated that an additional 1.5GW of new capacity will be needed each year – that’s a 6% increase year over year until 2022. To support this increasing demand without blackouts, Egypt has an ambitious energy plan which includes diversifying its installed base. El Dabaa nuclear power plant will help deliver on that plan by stabilizing the Egyptian grid with dependable, CO2 free energy and having a predictable low cost of electricity. Once in operation, El Dabaa will produce 4.8GW – enough to power up more than 4 million homes in Egypt.

The Arabelle steam turbine has been in operation for the past 18 years and still holds the world power output record. This unique technology, adaptable to all reactor types, produces 2% more power output than the traditional configurations. The French fleet of Arabelle has a demonstrated reliability rate of 99,96% over more than 400,000 operating hours.

The El Dabaa project builds on GE Power’s supporting the development of Egypt’s energy sector for more than 40 years which includes delivering up to 16 GW to the Egyptian grid. Recently, GE Power completed building and connecting the Badr substation in Egypt to the national grid. The new 500/220 kilovolt (kV) Gas-Insulated Substation will dispatch 1.5 GW of electricity and play a strategic role in the upcoming Egypt – Saudi Arabia Interconnection, linking the national grids of both countries with a 1,300-kilometer transmission line.

Globally, GE Power’s Steam Power business is a technology leader in the nuclear steam turbine industry. Today, 50% of the world’s nuclear power plants in operation are equipped with a GE steam turbine which are able to generate more than 200 GW of CO2 free, reliable energy.