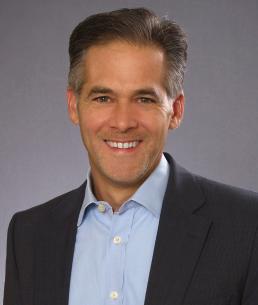 GE today announced the appointment of Joseph J. Anis as President and Chief Executive Officer for its Power Services business for the Middle East and Africa (MEA). His appointment follows the move of Azeez Mohammed, who takes on a new role as CEO for GE Energy Connection’s Power Conversion unit based in Paris.

Power Services integrates the best service teams in the power industry – GE’s Power Generation Services and Alstom’s Thermal Services – and has a central role in the MEA region in helping customers expand their power plant capability and maximise resource use efficiency.

Anis will be responsible for growing the business with a focus on leveraging GE’s Industrial Internet solutions that accelerate the application of digital industrial technology for MEA’s power sector to achieve unprecedented levels of productivity. He will also play a key role in strengthening business partnerships, local capacity building and promoting innovation in the power services sector.

Joseph Anis said: “The past months have been defining for GE in introducing our digital industrial technologies for the power sector. Our Power Services business brings two strong teams with proven competencies in supporting the region’s power sector. We will focus on offering our partners with the latest suite of technologies and services that complement the ongoing focus on power sector diversification, and achieve maximized operational efficiency and productivity of existing power plant assets.”

Anis will oversee all operational functions in the region covering parts, field services, upgrades and project management, on-site repairs and training. He is responsible for developing and delivering a regional services strategy that offers customers the technology, knowledge and insight they need to manage the entire lifecycle of their power plants, ultimately providing reliable power to people around the world.

He joined GE’s Power Generation Services business in 2012 as the VP of Global Sales & Commercial Operations. In 2015, Joe was named VP Commercial for Power Services where he was responsible for delivering sales growth across its portfolio of product lines and commercial offerings, as well as driving sales penetration with customers. He holds a bachelor’s degree in political science from Syracuse University in New York in the USA.