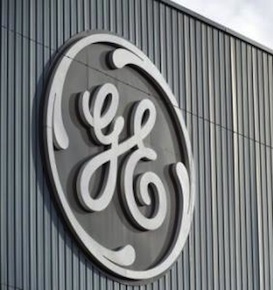 Ministry of Electricity and Energy awaits cabinet’s approval to conclude signing of agreement to carry out first phase of project within two months.
General Electric (GE) has agreed to establish an electricity station with China’s Harbin. The power plant will run at a capacity of 6,510 MW using clean coal, and receive $8bn of investment.

A source at the Ministry of Electricity and Energy stated that six units will be launched, each of which will run at a capacity of 1,058 MW. The location of the project has not been determined yet.

The source told Daily News Egypt that the ministry is awaiting the approval from the cabinet in order to start the implementation of the station. The agreement is expected to be signed within two months of the completion of the first phase.

Jeffrey Immelt, chairperson of GE, and Ayman Khattab, chairperson of the company in Egypt, met with President Abdel Fattah Al-Sisi and Minister of Electricity and Energy Mohamed Shaker a few days ago, in order to discuss increasing investments and cooperating with the government in the energy sector.

An official in Harbin told Daily News Egypt that his company has made an agreement with GE in order to establish an electricity station that operates using clean coal. The company will obtain the necessary funding for the project, whereas GE will provide the equipment and components needed for the station.

The source added that his company has also agreed with three Chinese banks to fund the project. The funders include the Industrial and Commercial Bank of China (ICBC) and the Export-Import Bank of China.

The station comes as part of the proposed projects to cooperate in the field of traditional energy through the application of modern technologies that save fuel and preserve the environment. Other projects involve supporting the electricity transmission grid.

Khattab stated that his company has plans to expand its investments in the Egyptian market in the energy sector, stressing that the company is currently negotiating a number of electricity production projects. However, no further information about the projects will be revealed before all agreements are finalised.

He explained that the company’s priorities are in line with those of the government’s, as GE seeks to make Egypt a centre for trade.

Khattab added that GE manages the maintenance and development of a number of electricity production units in Ataka, El-Nubariya, and Benha.