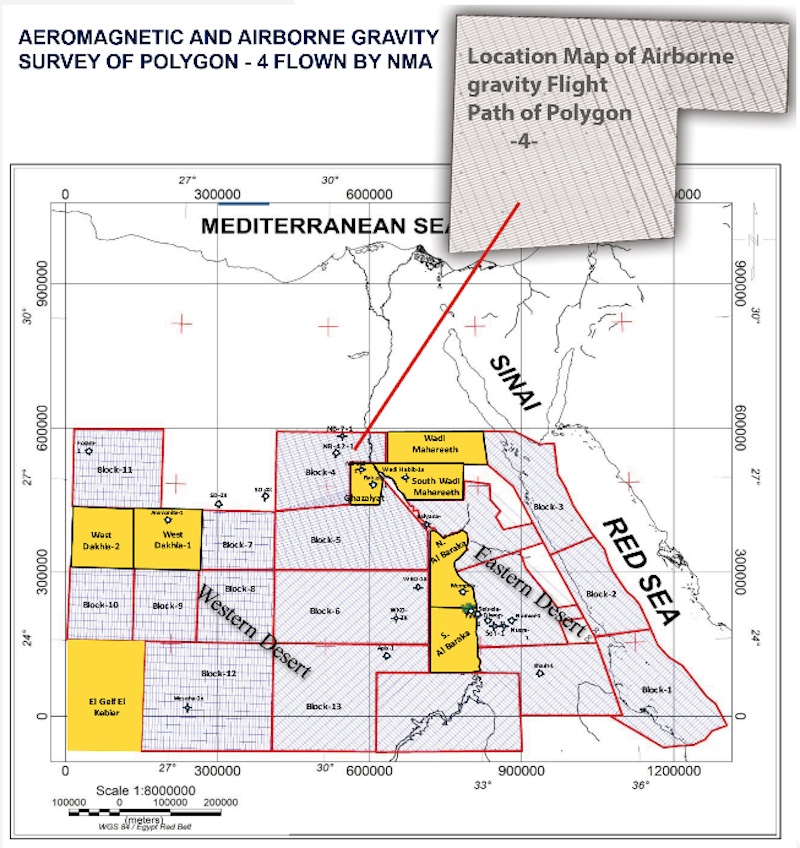 Ganope will also soon begin the second round of seismic scans in the Red Sea to gauge the probability of natural gas discoveries after it launched last March a tender for 10 oil and gas exploration blocks off the Red Sea coast, three of which were awarded to Chevron, Shell, and the UAE’s Mubadala in December.

The company also plans to achieve a rise in petroleum production by 17 per cent, with daily production average to reach 27,500 bpd.

El Molla urged the need to finalise the needed procedures to implement the projects of collecting information and data of the Red Sea and Upper Egypt exploratory areas.

Meanwhile, Abdel Azim declared that the company will start the mutual project of collecting data and information for Upper Egypt on a wide area that is more than 0.5-million-meter square by using the latest and most updated technologies.

Regarding natural gas delivery, Abdel Azim said that Ganope’s plan is aiming at delivering natural gas to 180,000 housing units in FY 2020/21 in the governorates of Al Fayoum, Beni Suef, Minya, Sohag, Luxor, Qena, and Aswan, noting that the company has succeeded in achieving an excellent rate of delivery in H1 of FY 2019/2020 with a capacity of 92,600 housing units.