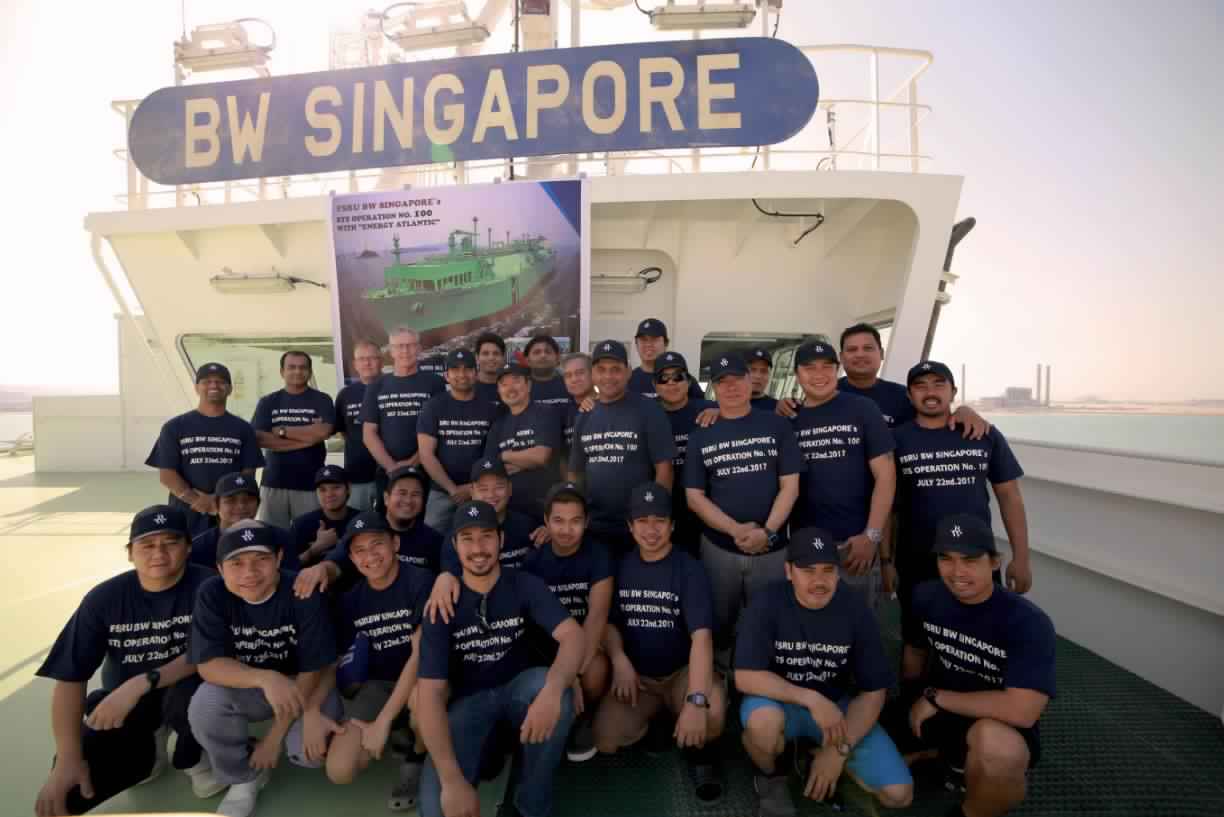 BW LNG’s first floating storage and regasification unit (FSRU) has completed its 100th STS transfer on 22 July 2017, the company said in a brief statement through its social media channels.

BW Singapore was earlier this year relocated to the port in SUMED from the port of Ain Sokhna.

BW Singapore has a storage capacity in excess of 170,000 cbm and a peak regasification capacity of 750 mmscfd.