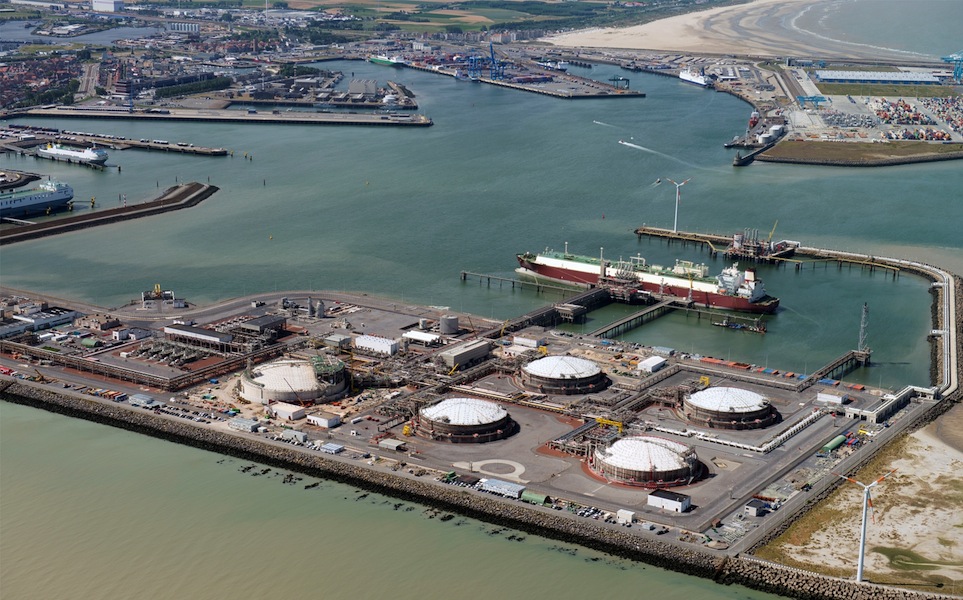 An LNG cargo from Egypt’s Damietta export facility arrived March 21 into the Belgian import terminal at Zeebrugge, the first cargo to be sent to Europe from Damietta since it resumed operations in late February.

According to S&P Global Platts trade flow software cFlow, the cargo was delivered aboard the Methane Lydon Volney vessel, which left the 5 million mt/year Damietta export facility on March 11.

Italy’s Eni — which leads the SEGAS consortium that owns Damietta LNG — said in mid-March that the Europe-destined cargo would be sold directly by Eni to its customers in Europe.

The Italian company has long-term import capacity at Zeebrugge.

Damietta ceased operations in late 2012 after feedgas for the facility was diverted for use in the domestic Egyptian market as its own production slumped.

The return in February of the facility followed a new shareholder agreement, which closed earlier this month, that saw Spain’s Naturgy exit the project.

Three cargoes have been shipped so far since the plant restarted. The first was loaded on Feb. 22 aboard the Golar Glacier and was delivered to Bangladesh.

A second cargo was loaded on March 4 aboard the Energy Atlantic, which is currently south of Taiwan and headed for the Incheon import terminal in South Korea, according to cFlow.

A total of 26 cargoes have been delivered from Egypt so far in 2021, with the bulk exported from the Shell-operated, 7.2 million mt/year Idku facility.

Almost all of the cargoes were shipped to Asian markets, with China taking eight cargoes, India four and two each to Bangladesh, South Korea and Singapore, according to S&P Global Platts Analytics data.

According to S&P Global Platts price assessments March 19, the TTF May contract was assessed at $5.98/MMBtu compared to the JKM equivalent of $6.55/MMBtu.

An LNG trader said March 22 it “made sense” to send Egyptian cargoes to Europe given the narrow spread between European and both JKM and West of India Marker (WIM) prices.

“The Mediterranean should still be attractive for Damietta cargoes unless the JKM-TTF [spread] blows out,” the trader said.

It remains uncertain whether Egypt’s LNG production will remain high during the summer, however, with EGAS seen having a breakeven price of around $5.00-5.50/MMBtu.

Should spot LNG prices sink below the breakeven price — as they did last summer — Egypt may again be minded to temporarily curtail supplies.

EGAS last week was heard to have closed a tender for two FOB cargoes — one from Idku and one from Damietta for loading in late March/early April.

The restart of Damietta gives Egypt an additional export outlet as it looks to make the most of a surplus of gas achieved through production from the supergiant Zohr field and the start in 2020 of imports from Israel.

Eni — which operates Zohr — now has taken over the contract for the purchase of gas for Damietta LNG and corresponding liquefaction rights.