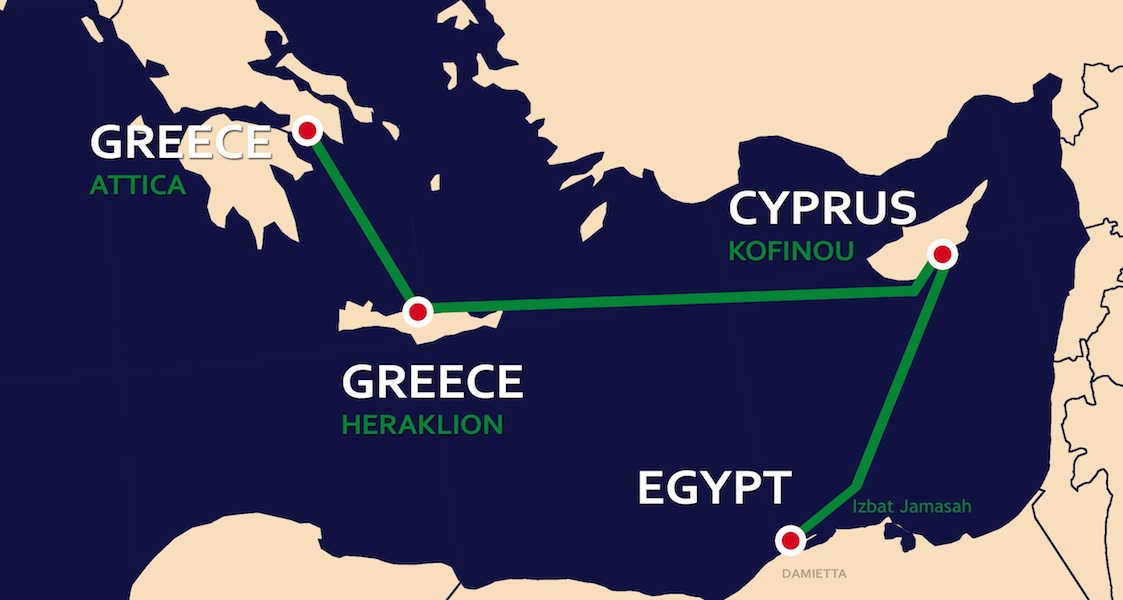 EuroAfrica Interconnector, as the official project promoter and developer, will finance the construction of the electricity interconnection between Egypt, Cyprus, Crete and Attica with the financial cost of stage 1 estimated at €2.5 billion.

The Interconnector is a VSC-HVDC scheme which will allow the bidirectional transfer of 1 000 MW (Stage 1) between the converter stations.
The tender call has been divided in two lots, with total value of €650 million.

Lot 1 encompasses the engineering, procurement, construction and installation (EPCI) of the HVDC cable system including all required offshore and onshore joints for Pole 1. The distance between the sea/land transition bays in Egypt and Cyprus is approximately 498 kilometres and the submarine cable will be laid at an approximate maximum water depth of 2,200 metres. The distance between the sea/land transition bay and the Converter Station in Egypt is approximately 5 kilometres and in Cyprus 11 kilometres.

EuroAfrica Interconnector said it plans to keep the tender open until May 7, 2020.