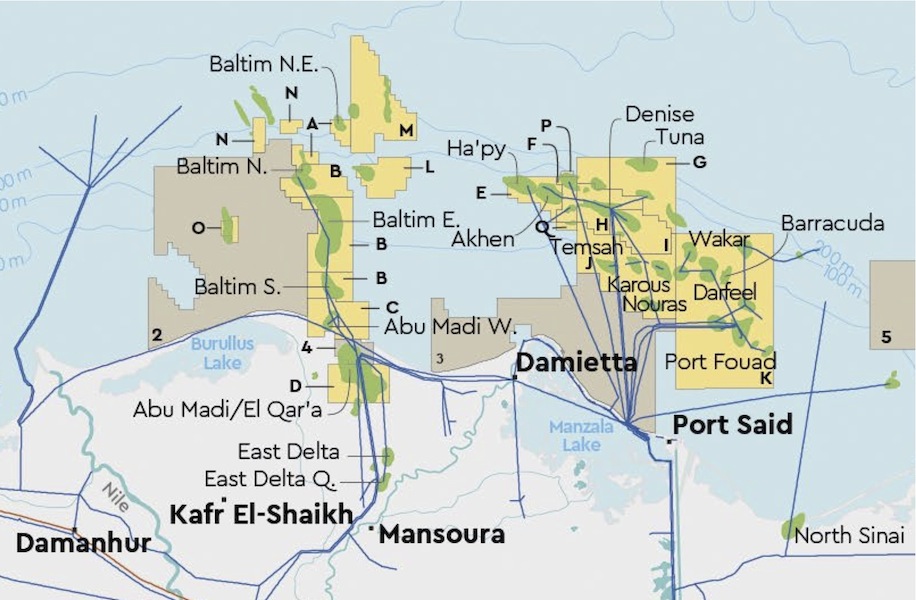 Eni will link the third well in its Baltim South West field to the national grid by the end of the year, a source in the oil sector told the local press. This will raise gas output by another 100 mmcf/d to 290 mmcf/d, and increase condensate production by 650 bbl/d to 1950 bbl/d.

The three remaining wells are expected to come online by the end of 2Q2020, bringing total gas production to 500 mmcf/d. Eni, which holds a 50% stake with EGPC through its IEOC joint venture, estimated the field to hold 1 tcf of natural gas when it was discovered in 2016. BP holds the remaining 50% stake.