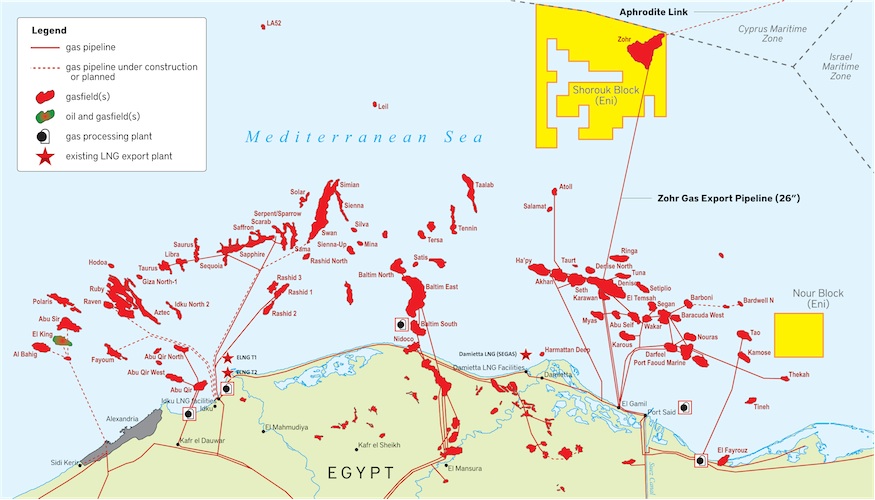 Egypt’s cabinet approved in March an agreement to explore the North Sinai region of the Mediterranean Sea.

Under the deal, Eni and Tharwa will spend $105 million in two stages over six years, which involve drilling one well in the first stage and another in the second, Egyptian Oil Minister Tarek el-Molla told journalists in May.

Eni’s discovery of the giant Mediterranean gas field Zohr in 2015, estimated to hold about 30 trillion cubic feet of gas, has raised interest in gas exploration in Egypt.

Thursday’s announcement came a day after Egypt and Cyprus signed an agreement paving the way for the Mediterranean’s first subsea pipeline to carry natural gas from the island’s “Aphrodite” offshore field to Egypt for re-export to Europe.

A joint committee would be set up in 30 days to oversee the project.