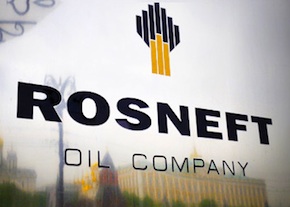 Eni, which owns 90 percent of the Shorouk concession containing Zohr, said on Monday that Rosneft would pay $1.125 billion and reimburse around $450 million for investments already carried out by Eni.

The deal comes less than a month after Eni’s sale of a 10 percent stake in Zohr to BP at the same implied price, bringing overall proceeds to around $2.1 billion.

Eni, whose cash flow fell 19 percent in the third quarter due to low oil prices, pledged at the start of the year to sell 7 billion euros ($7.43 billion) worth of assets to 2019 — 5 billion euros in the first two years.

“This is a great success for Eni to receive $2.1 billion for a year’s work and have major partners to share the risk and capex,” said Bernstein oil analyst Oswald Clint.

Oil prices rose as much as 6.5 percent on Monday after OPEC and some of its rivals reached their first deal since 2001 to jointly reduce output, though are still well below values above $100 a barrel seen in 2014.

Selling down stakes in oil and gas fields it operates is part of Eni’s so-called “dual exploration” strategy to raise cash to fund development and support dividends. In the last four years, Eni has raised about $6.3 billion in this way.

Zohr, discovered by Eni in 2015, is the biggest gas field in the Mediterranean with an estimated 850 billion cubic metres.

The approval process for its development was completed in February and gas should be produced by the end of 2017.

Rosneft, which like BP, has an option to buy a further 5 percent stake, said in a statement that its total investment in the project would reach $4.5 billion in the next four years.

“We suspect BP and Rosneft will take the additional 5 percent next year given the high return of this field,” said Bernstein’s Clint. Rosneft did not mention the option.

Eni sells a 30% stake in the Shorouk concession, offshore Egypt, to Rosneft

Eni has agreed to sell to Rosneft a 30% participating interest in the Shourouk Concession, offshore Egypt, where the supergiant gas field Zohr is located. Eni, through its subsidiary IEOC, currently holds a 90% stake in the block following the recent dilution of 10% to BP which completion is ongoing.

The agreed conditions include a consideration of 1,125 million US dollars and the pro quota reimbursement of past expenditures, which amount so far at approximately 450 million US dollars. In addition, Rosneft has an option to buy a further 5% stake under the same terms.

This agreement further confirms the success of Eni’s “dual exploration model” which, in parallel with an accelerated development of the hydrocarbons reserves, aims at early monetization of the value through the dilution of the high participating interest owned in huge exploration discoveries. With this transaction, in the last four years the model has generated a total cash of approximately 6.3 billion US dollars.

The completion of the transaction is subject to the fulfillment of certain standard conditions, including all necessary authorizations from Egypt’s authorities.

The Zohr field, located in the Shorouk Concession, was discovered by Eni in August 2015 and is the largest natural gas field ever found in the Mediterranean, with a total potential of 850 billion cubic meters of gas in place. On February 2015, the authorization process for the development of field was completed, while the first gas is expected by the end of 2017.