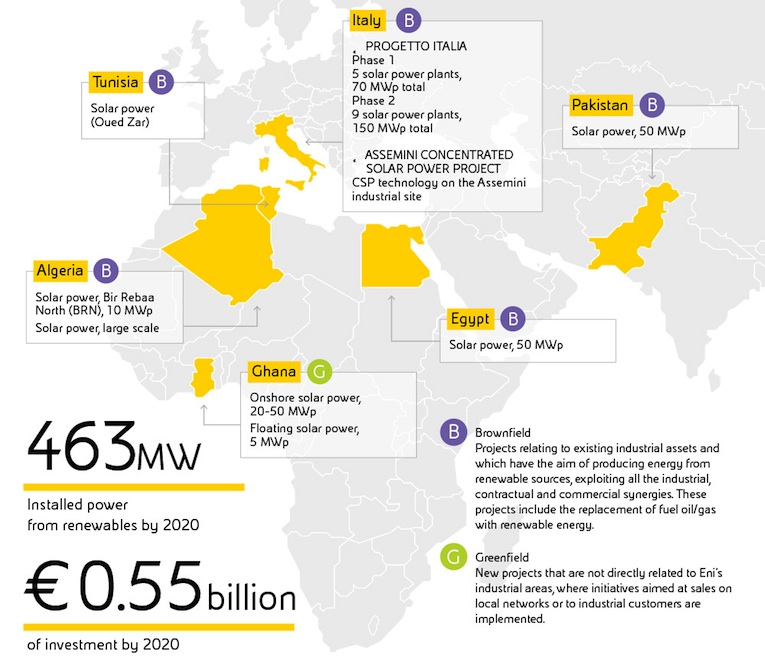 Eni one of five companies looking to build solar power station under IPP framework? Eni is reportedly one of five companies that have approached the Electricity Ministry with offers to build solar power stations under an Independent Power Producer (IPP) framework, sources said yesterday. The Italian company is looking to develop a 50 MW project in the Red Sea’s Abu Rudeis and has only to reach a final agreement with authorities on the cost of transmission, they said, without elaborating on the investment value or timeline for the project.

Under the framework, private companies are allowed to directly sell power to consumers while paying the state a fee to use the national grid for transmission. Sources said in February that the Electricity Ministry had received three separate offers from Egyptian, Chinese, and Emirati firms looking build renewable energy projects worth a combined USD 400 mn under an IPP framework.