Eni reaches record production from Nooros field ahead of schedule 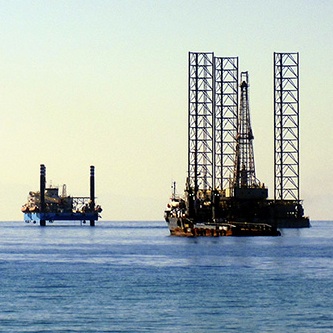 This record—setting production represents an important milestone achieved just 13 months after the discovery and ahead of schedule thanks to the success of the last exploration wells drilled in the area of Nidoco and the drilling of new development wells.

The production of 700 million cubic feet of gas per day is currently guaranteed by 7 wells; furthermore, with the drilling of additional wells, the field is expected to reach a maximum production capacity of about 160,000 boed in the spring of 2017. The gas and condensate produced are sent to Abu Madi’s treatment system, located 25 kilometers from the discovery and then allocated in the Egyptian network.

The development of Nooros, which reached a record production capacity in just 13 months, is an important achievement within Eni’s near field exploration strategy, aimed to unlock the presence of additional exploration potential located in proximity to the existing infrastructures. Also, thanks to the mature operating environment and the conventional nature of the project, production costs are among the lowest in Eni’s portfolio.

The development and production of Nooros field are operated by Petrobel on behalf of Nidoco company, a joint venture between IEOC, BP and the state company Egyptian General Petroleum Corporation (EGPC).

Eni has been present in Egypt since 1954 where it operates through its subsidiary IEOC Production BV which holds a 75% stake in the concession, while BP holds the remaining 25%.

Eni’s equity production in the country was in 2015 about 200 thousand barrels of oil equivalent per day.