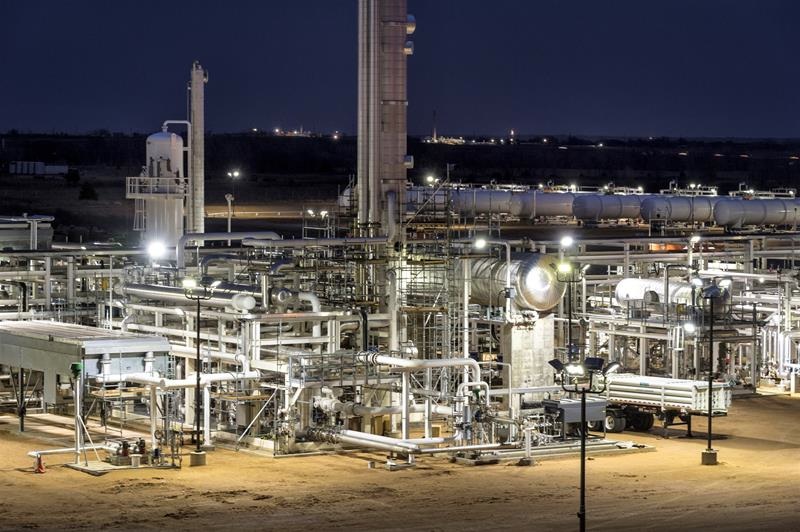 A consortium including Italy’s Eni, Russian energy company Lukoil and the Egyptian General Petroleum Corporation (EGPC) is set to establish a natural gas processing plant in Egypt’s Western Desert with a capacity of 100 million cubic feet of gas per day and investments worth $700 million.

The construction will start once government approvals are issued. It is expected to start before year-end, Chairman of AGIBA Petroleum Company Mohamed al-Kaffas said.

He said that the plant will receive natural gas from companies working in the Western Desert and will link it with the natural gas complex in Alexandria through a 200-kilometer pipeline.

Construction of the plant is expected to be completed in three years, Kaffas said, adding his company will dig 28 new natural gas wells that will enter production in tandem with the new station.

AGIBA petroleum company is a joint venture between Eni and the EGPC. AGIBA is active since 1981 with operations mainly focused in Eni’s oil and gas concessions located in the Western Desert Area of Egypt.

The country’s total natural gas consumption is about six billion cubic feet per day, of which roughly 65 percent goes to the electricity sector.

The new discoveries are expected to turn Egypt into a net exporter of natural gas from a net importer.

Egypt plans to stop importing liquefied natural gas (LNG) by the end of the 2017/18 fiscal year ending in June as it accelerates production at a number of newly-discovered gas fields, Petroleum Minister Tarek el-Molla said in January.

Are Eni and Lukoil investing in USD 700 million gas plant the in Western Desert? Italy’s Eni and Russia’s Lukoil plan to invest USD 700 million to develop a natural gas processing plant in the Western Desert, said Mohamed El Kaffas, chairman of Eni joint venture AGIBA. The plant is expected to have a capacity of 100 mmcf/d with plans to ship the processed gas to Alexandria through a 200 km pipeline, he tells Egypt Today. The plant is expected to be completed in three years. AGIBA plans to drill 28 wells in the Western Desert concessions in tandem with the development of the plant. We have not seen this story covered anywhere else in the press and we await comment from Eni confirming the project.