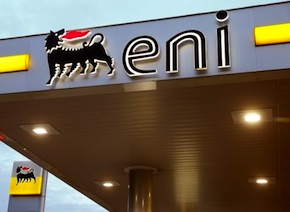 Italy’s Eni is talking to oil companies including Lukoil, ExxonMobil, Total and BP about selling at least a 20 percent stake in its giant gas field in Egypt, industry sources said.

Eni owns the whole of Zohr and has said it is interested in bringing in partners as part of its strategy of selling some of its prize acreage to help meet a target of raising 5 billion euros from asset disposal over the next two years.

Analyst have said a 25 percent stake in the Zohr field, the Mediterranean’s biggest, could fetch up to 2 billion euros ($2.24 billion).

Chief Executive Claudio Descalzi has said any deal on Zohr would have to wait until next year when final appraisals are complete and production kicks in.

“It may be early days but Eni has started talking,” said one banker familiar with the Italian group.

A run of big gas finds off the Egyptian coast have made the country a top destination for energy investment even as firms seek to save cash to better handle low oil prices.

Many of the companies looking at Eni’s Zohr are either already active in Egypt or have recently landed bordering acreage in Cyprus, such as ExxonMobil and Total.

Zohr, one of the largest gas discoveries this century, holds an estimated 30 trillion cubic feet of gas and has relatively low development costs.

A lot of infrastructure is also already in place, including an idle LNG facility at Damietta, and Cairo is willing to pay explorers attractive rates to satisfy internal demand.

“For the likes of BP and Eni there is huge domestic demand so any gas they find can be sent into the local market and they can get a good price for it,” Wood Mackenzie analyst Adam Pollard said.

BP, already a major oil and gas producer in Egypt, has pumped billions of dollars into developing its huge West Nile Delta gas license and fast-tracked work on its latest find, the Atoll field in Egypt.

Pollard said BP’s appetite for a stake in Zohr could be tempered though by the $3 billion development costs at Atoll.