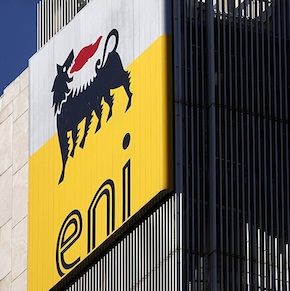 One company pushing ahead with operations around Africa is Eni, which continues to make discoveries and sell down finds, writes Nicholas Newman.
African exploration prospects have taken a hit over the last two years but, as Eni’s successes demonstrate, there is plenty of potential still worth securing. The Italian company has almost 4,900 oil and 555 gas wells, with 10 field start-ups planned or under development.

Most of Eni’s worldwide finds of 13 billion barrels of oil were discovered in the last decade. These mainly came from finds in Nigeria, the Republic of Congo (Brazzaville), Ghana and Angola. In 2012, Eni secured a major discovery in Mozambique’s Rovuma Basin, at around 85 tcf (2.4 tcm) of gas.

A long-established presence in Egypt was crowned with the discovery of the giant 30 tcf (850 bcm) Zohr gas find in 2015. Other significant African finds include Ghana’s Offshore Cape Three Points (OCTP) oil and gas project in 2009 and Angola’s Block 15/06 gas field in 2006.

As a result of these discoveries, Eni is Africa’s leading gas producer with an output of 2.23 bcf (63 mcm) per day of gas produced and sold in 2014. The company has plans to invest US$12 billion in Africa during 2016-19, according to Eni’s CEO, Claudio Descalzi, when he presented the company’s 2016 results in March.

Employing 3,742 people in 14 countries in Africa, Eni is engaged in exploration and production in Algeria, Angola, Congo (Brazzaville), Egypt, Ghana, Libya, Mozambique and Nigeria. Lesser projects are under way in Tunisia, South Africa, Liberia, Kenya and Cote d’Ivoire. In addition, it has refining and marketing operations in Gabon and Ghana. As of the end of 2015, Eni’s proven undeveloped reserves amounted to 2.867 billion barrels, of which 1.41 billion barrels of liquids were located in Africa and Kazakhstan.

Eni’s exploration success rate is the envy of its peers. Between 2008 and 2015, Eni found 13 billion boe, which is 2.5 times its production, against an industry average of 0.3 times output. Of its many discoveries in Africa, two finds, in Egypt and Mozambique, stand out.

Located in the oft-surveyed Egyptian waters of the Mediterranean, Eni’s prized Zohr gas discovery, in which US$11 billion is being invested, has a goal of reaching first gas in December, just three years after discovery. The gas is largely destined for the Egyptian market to help meet domestic electricity demand. Other finds include gas in the Nooros prospect in the Nile Delta and the Sidri-18-oil discovery in the Gulf of Suez.

Eni pioneered the push into the Nile Delta, in 1967, and its Zohr discovery continues its bold trend. The Zohr find, in a Miocene carbonate formation, confounded received wisdom on the area and has driven a number of companies to reconsider local prospects. 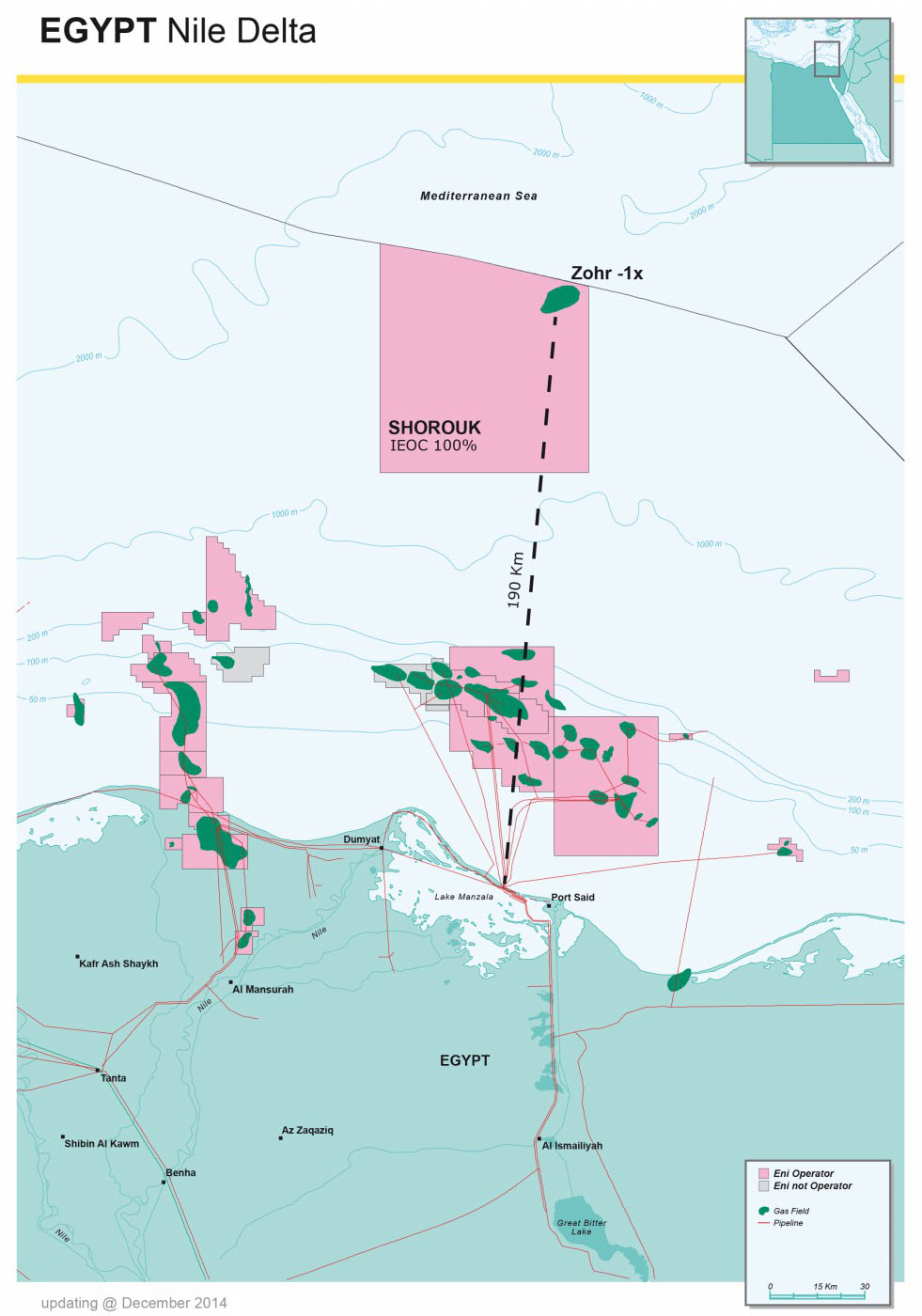 In Mozambique, the company is working on a floating LNG (FLNG) project, on the Coral field, in addition to the shared development of a field overlapping with its neighbour, on Area 1.

Eni has also made significant discoveries off Congo (Brazzaville), in the pre-salt Marine XII block, said to contain around 5.8 billion boe, of which 1.5 billion barrels lie in the Nene Marine field. Exploration of the pre-salt sequences of this block, in which Eni is lead operator with a 65% share, continues to lead to new discoveries and confirms the effectiveness of Eni’s exploration technologies in geologically complex situations.

In Angola, Eni is ramping up production in its West Hub project located in the deepwater Block 15/06 and is starting production in the East Hub. West Hub production started in 2014, with the Armada Olombendo floating production, storage, and offloading (FPSO) vessel, on the Sangos, Cinguvu and Mpungi fields. The N’Goma FPSO, meanwhile, is operating on the East Hub, with production from the Cabaca South East field, which lies 350 km northwest of Luanda and 130 km west of Soyo. Block 15/06 is expected to reach peak production of 150,000 bpd of oil this year.

In Nigeria, Eni’s licence for Oil Prospecting Licence (OPL) 245, estimated to hold 9 billion boe, is being held up by a legal dispute concerning the destination of payments made by Eni and its Royal Dutch Shell. In the interim, Eni reports that both the Bonga North West and Abo phase 3 projects have started up.

Eni’s exploration success is linked to its CEO’s background in exploration and production, backed by superior seismic and geophysics – along with a huge investment in super-computers, located near Milan. With computing capacity exceeding three Petaflops – a thousand trillion floating point operations per second – to process its seismic data and create 3D simulations of oil and gas reserves, the company has attracted and built a team of highly talented geophysicists. A combination of science and creative thinking has yielded spectacular results.

In this low-price environment, Eni has adopted a growth strategy based on exploration and production at the expense of midstream and downstream. It has also become leaner and more efficient, reducing costs by more than 30% since 2014, by cutting rig numbers and daily hire rates.

Eni has also accelerated the speed of new field development, helped by selling stakes in projects to share development costs. A case in point is the Zohr field, where Eni has recently sold a 30% stake to Rosneft and a 10% stake to BP.

Similarly, for early monetisation of exploration discoveries, Eni has just sold, subject to government approval, a chunk of equity in its gas finds off Mozambique to ExxonMobil.

At Eni’s 2016-2019 strategy presentation in March, Descalzi predicted “its operational focus and cost-cutting methods could allow savings of around 3.5 billion euros [US$3.7 billion] between 2016 and 2019.” With future production assured, improved efficiency and reduced costs, Eni is investing for both its own and Africa’s future.