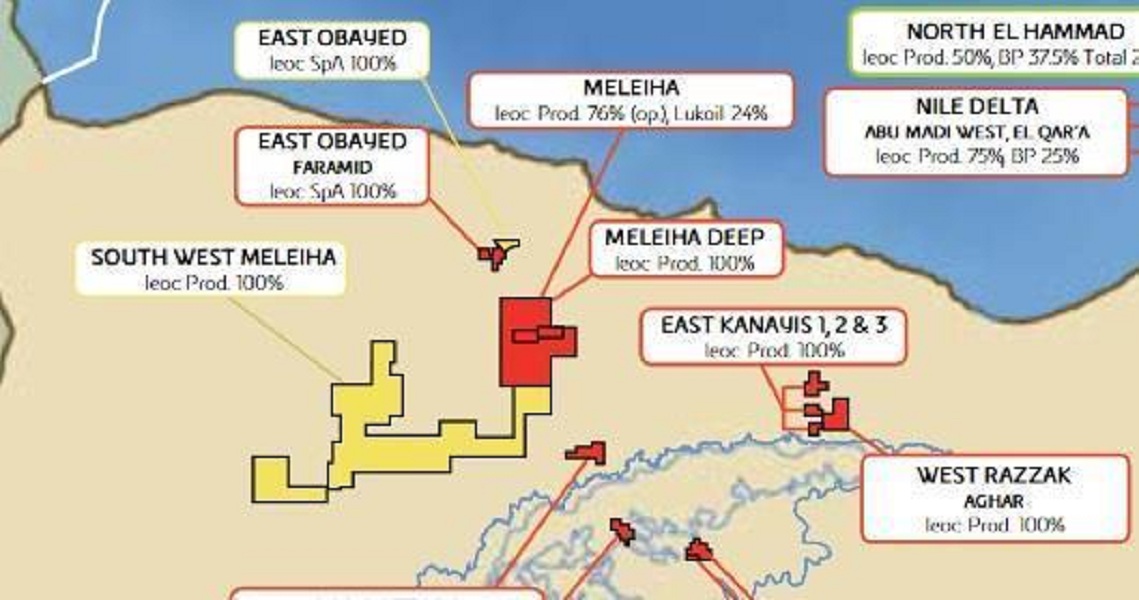 New oil and gas discoveries in the Meleiha concession add 8,500 barrels of oil equivalent to production.

Eni announces new oil and gas discoveries in the Meleiha concessions, in Egypt’s Western Desert, for approximately 8,500 barrels/day of oil equivalent. These new discoveries have already been connected and tied into production, in line with the Infrastructure-led exploration strategy, allowing to maximize exploration opportunities nearby existing infrastructures.

With these discoveries, Eni, through AGIBA, a JV between Eni and EGPC, continues to pursue successfully its near field strategy in the mature basin of the Western Desert, aimed at maximizing production by containing development costs and minimizing time to market. In addition, Eni renews its commitment in the Western Desert with the recent acquisition of two exploration blocks with the planning in 2022 of a new high-resolution 3D seismic survey in the Meleiha concession, also aimed at investigating the gas potential of the area, in line with the energy transition goals.

Eni has been present in Egypt since 1954, where it operates through the subsidiary IEOC. The company is currently the leading producer in the country with an equity production of around 360,000 barrels of oil equivalent per day. In line with the net-zero strategy by 2050, Eni is engaged in a series of initiatives aimed at decarbonizing the Egyptian energy sector, including the development of CCS plants, renewable energy plants, agro feedstock for bio refining and others.