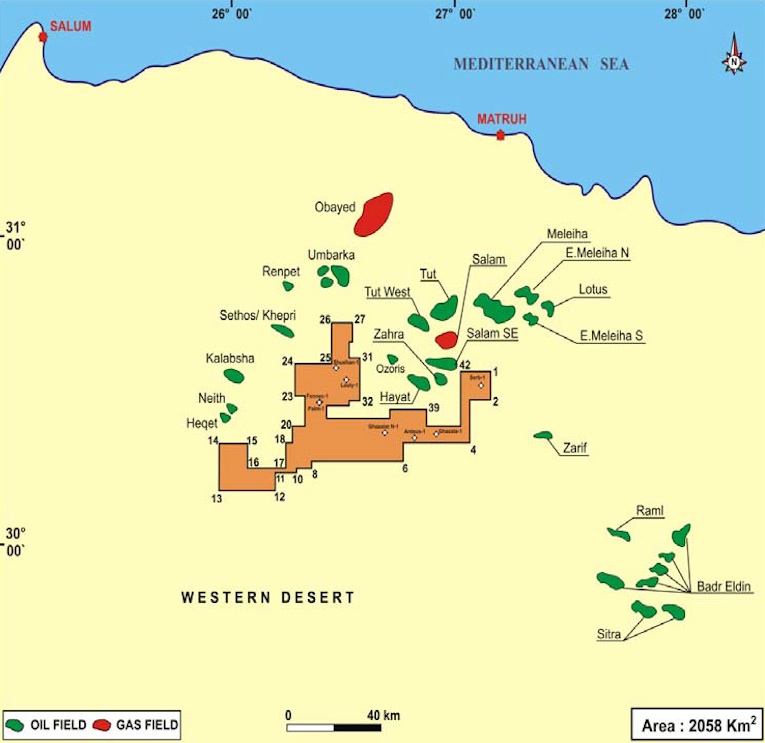 The discovery confirms the high potential of deep geological sequences of the Faghur Basin.

Eni announces a second light oil discovery on the B1-X exploration prospect located in South West Meleiha license, in the Egyptian Western Desert, some 130 Km North of the oasis of Siwa.

The well is the second one drilled by Eni to explore the deep geological sequences of the Faghur Basin. SWM B1-X has been drilled 7 km away from the first discovery (SWM A2-X), to a total depth of 4,523 meters and encountered 35 meters net of light oil in the Paleozoic sandstones of Dessouky Formation of Carboniferous age and in the Alam El Bueib sandstones of Cretaceous Age.

The well has been opened to production in the Dessouky sandstones and delivered 5,130 barrels of oil per day (BOPD) of light oil (37° API) with low associated gas.

The discovery on B-1X confirms the high exploration and production potential of deep geological sequences of the Faghur Basin. Eni plans, in the near term, the drilling of other exploratory prospects located nearby the A2-X and B-1X discoveries to consolidate what can result as a new productive area for Eni in Egypt.

The production is expected to be routed to already existing infrastructures and then shipped to El Hamra Terminal through existing pipelines, after Development Plan approval by Ministry of Petroleum and Mineral Resources.

Eni, through its subsidiary International Egyptian Oil Company (IEOC), holds a 100% stake in South West Meleiha license. IEOC through its Operating Company Agiba, which is equally held by IEOC and the Egyptian General Petroleum Corporation (EGPC), currently produces 55,000 barrels of oil equivalent per day from the Egyptian Western Desert.

Eni has been present in Egypt since 1954, where is the main producer with approximately 300,000 barrels of oil equivalent per day equity. Such production is expected to further grow within the year, thanks to the ramp up of Zohr field.