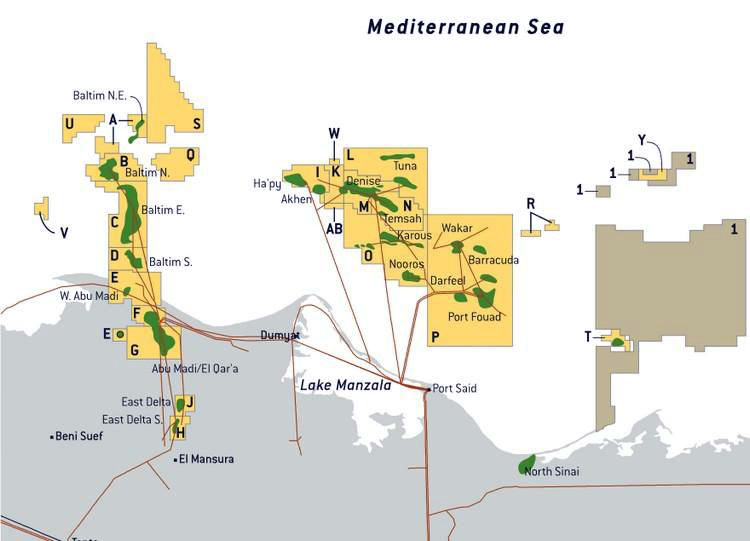 Italy’s Eni and partner BP have made a new shallow-water gas discovery on their Abu Madi West concession in the Nile Delta, boosting  estimated gas in place reserves at Great Nooros area to 4 Tcf.

Eni (as the Operator of the Block) and bp (as contractor member) announce a new gas discovery in the so-called “Great Nooros Area”, located in the Abu Madi West Development Lease, in the conventional waters of the Nile Delta, offshore Egypt.

This new discovery, achieved through the Nidoco NW-1 exploratory well, is located in 16 meters of water depth, 5 km from the coast and 4 km north from the Nooros field, discovered in July 2015.

The Nidoco NW-1 exploratory well discovered gas-bearing sands for a total thickness of 100 meters, of which 50 meters within the Pliocene sands of the Kafr-El-Sheik formations and 50 meters within the Messinian age sandstone of the Abu Madi formations, both levels with good petrophysical properties. In the Abu Madi formations a new level, which was not yet encountered in the Nooros field, has been crossed proving the high potential of the Great Nooros Area and the further extension of the gas potential to the North of the field.

The preliminary evaluation of the well results, considering the extension of the reservoir towards north and the dynamic behavior of the field, together with the recent discoveries performed in the area, indicates that the Great Nooros Area gas in place can be estimated in excess of 4 Tcf.

Eni, together with its partner bp, in coordination with the Egyptian Petroleum Sector, will begin screening the development options of this new discovery benefitting of the synergies with the area’s existing infrastructures.

Eni, through its subsidiary IEOC, holds a 75% stake in the license of Abu Madi West Development Lease, while bp holds the remaining 25% stake. The operator is Petrobel, an equal joint venture between IEOC and the state company Egyptian General Petroleum Corporation (EGPC).

Eni has been present in Egypt since 1954, where it operates through IEOC Production. The current equity production of IEOC is about 300,000 boepd.