Energean Power FPSO hull sailed away from China to Singapore 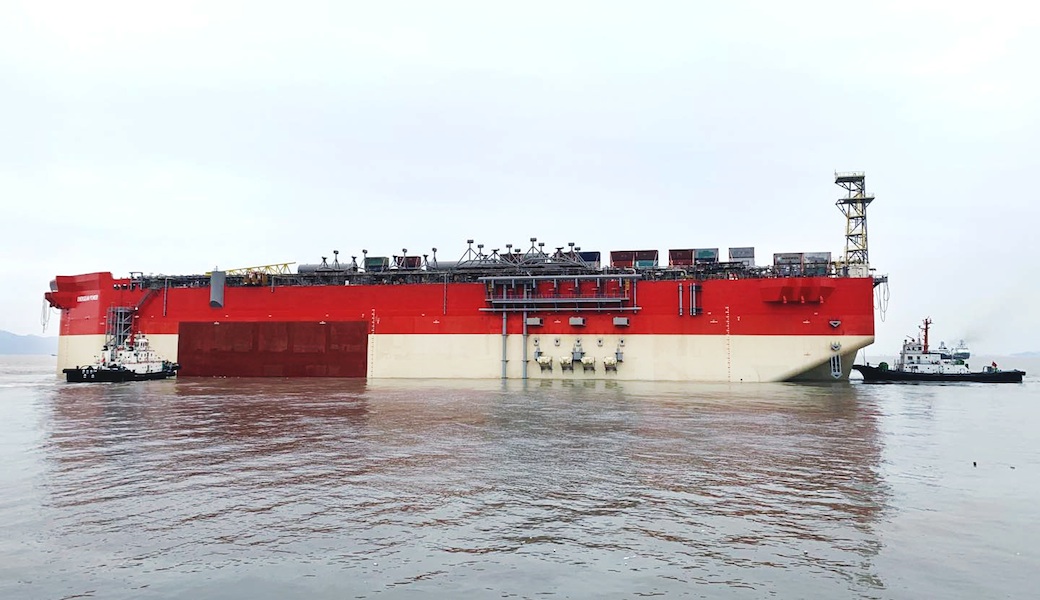 Energean Oil and Gas plc, the oil and gas producer focused on the Mediterranean, is pleased to announced that its FPSO hull sailed away from the COSCO yard in China on 3 April 2020.

The hull will now be towed to the Sembcorp Marine Admiralty Yard in Singapore, where the topsides will be integrated, before the completed FPSO is towed to the Karish field in Israel for installation and hook-up.

Energean Oil and Gas plc, the oil and gas producer focused on the Mediterranean, issues an update on its Edison E&P acquisition.

• Energean entered into a conditional sale and purchase agreement (“SPA”) on 4 July 2019 to acquire Edison E&P S.p.A. (“Edison E&P”) from Edison S.p.A. (“Edison”), completion of the SPA being subject to relevant government approvals;

• Energean and Edison were working together to overcome certain difficulties encountered in obtaining the consent of the Algerian authorities in respect of the Edison E&P assets located in Algeria (the “Algerian Assets”); and

• in parallel, Energean and Edison were considering an amendment to the SPA to record an appropriate settlement on the total transaction consideration, should the Algerian Assets not be acquired by Energean.

Energean and Edison have entered into a formal amendment to the SPA on 2April 2020, in which:

• the Algerian Assets shall be excluded from the scope of the acquisition;

• in recognition of the exclusion of the Algerian Assets, there will be an adjustment to the total consideration of the acquisition of approximately $150 million (as at the lock-box date of 1st January 2019).

Energean is working to complete the acquisition of Edison E&P as soon as is possible in 2020, subject to the approval of its shareholders and the other relevant governments. Thereafter, completion of Energean’s agreement for the sale of Edison E&P’s UK and Norwegian subsidiaries to Neptune for a consideration of $250 Million plus contingent consideration of up to $30 million (as previously announced), will be completed as soon as reasonably practicable.