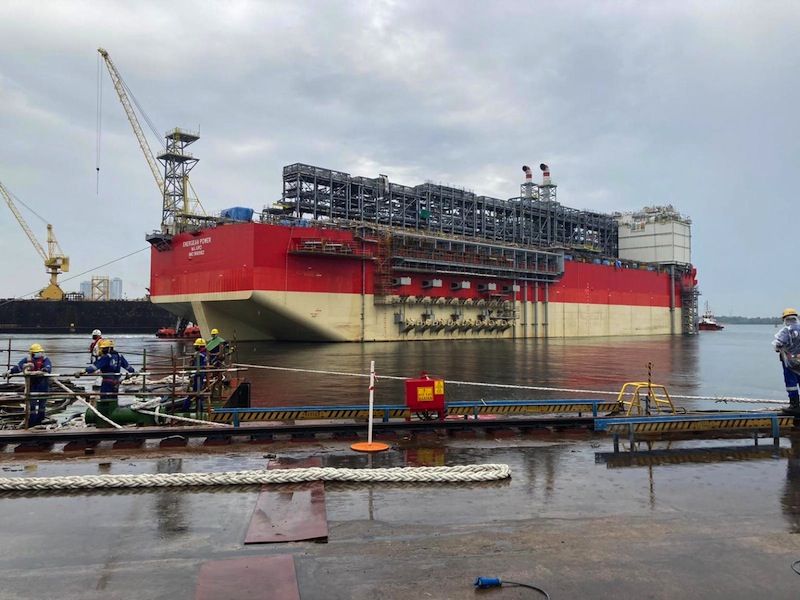 Energean Oil and Gas plc, the oil and gas producer focused on the Mediterranean, is pleased to announce its audited full-year results for the year ended 31 December 2020 (“FY 2020”).

Despite the challenges of 2020, Energean was able to report extraordinary achievements that are going to reinforce the company’s position and open new expansion horizons with a significant production increase and the completion of the acquisition of Edison E&P. In Egypt, the company has successfully sanctioned the high-return NEA/NI projects and successfully completed a $2.5 billion bond issuance at extremely attractive rates.

What was more significant was the company’s commitment to the net zero target, while vying to apply new technologies to older fields, converting them into carbon capture and underground storage facilities.

“2020 was clearly a challenging year, but nevertheless a successful one for Energean. We completed our acquisition of Edison E&P”

The transformational acquisition of Edison E&P is another step towards establishing Energean as the leading independent, gas-focused E&P company in the Mediterranean, delivering significant increases in production and reserves.

As previously announced, on 17 December 2020, Energean closed its acquisition of Edison E&P. The net consideration paid, net of cash received, was $203 million. This represented a highly attractive acquisition price of $1.0/2P boe, based on the 2020-year end independent reserves report from Degolyer and MacNaughton (“D&M”).

The effective date of the acquisition of Edison E&P was 1 January 2019, meaning that all economic results occurring after this date belong to Energean. Edison E&P results are, however, only consolidated into Energean’s results from the date of transaction completion; all results before this date are accounted for as completion adjustments, which form part of the purchase price consideration. Management presents both the consolidated and pro forma sets of figures in this report as it believes that pro forma results provide the reader with a clearer view on performance of the combined business. Pro forma production and financial results are presented as if Edison E&P results were consolidated for the entire year; the locked box date of the transaction was 1 January 2019 and therefore all economic results since that date accrue to Energean. Actual results consolidate from the closing date of the transaction, which occurred on 17 December 2020.

In December 2020, Energean sanctioned the North East EL Amriya (“NEA”)/North Idku (“NI”) project, shallow-water offshore Egypt and neighboring the Abu Qir concession. An Engineering, Procurement, Construction and Installation (“EPCI”) contract for the four subsea wells and the associated tie-back to the Abu Qir platform and associated infrastructure was awarded to TechnipFMC in February 2021. The integrated NEA/NI project is expected to deliver first gas from one well in 2H 2022 and from the remaining three wells in 1Q 2023. The project contains an estimated 37 MMboe of 2P reserves according to D&M and peak production is expected to be approximately 90 MMscfd plus 1 kbopd of condensates. The North Idku field contains further 2C resources of 22 MMboe.

Following the 4-well program at NEA/NI, Energean expects to drill at least two sidetracks to support production in the Abu Qir concession, with the concurrent drilling programs generating significant synergies.

Energean is committed to industry-leading disclosure of its energy transition intentions and on long-term carbon neutrality. It maintains a rolling three-year carbon intensity reduction plan and currently anticipates a reduction to a carbon emissions intensity of 9.5 kgCO2/boe by 2023, a reduction of more than 85% versus 2019 and roughly half the current global average for the oil and gas sector. In 2021, Energean also aims to verify all greenhouse gas emissions across all assets to ISO 14064-1 standards

2020 was the first year Energean participated in the Carbon Disclosure Project, achieving a score of B- and in 2021, Energean targets an improvement to B. In 2020, Energean has also complied with the Task Force on Climate Related Financial Disclosure (“TCFD”) recommendations, full disclosure on which will be provided in the Annual Report and Accounts, expected to be published later this month.

“In the next stage of our transition strategy, we will apply new technologies to older fields, converting them into carbon capture and underground storage facilities, starting with Prinos. This will leverage our subsurface expertise to accelerate our path to net zero through implementation of NPV-positive initiatives. We are rapidly establishing ourselves as the leading independent, gas-focused E&P company in the Mediterranean with an aspiration to lead the region’s energy transition.”

Established in 2007, Energean is a London Premium Listed FTSE 250 and Tel Aviv 35 Listed E&P company with operations in nine countries across the Mediterranean and UK North Sea. Since IPO, Energean has grown to become the leading independent, gas-focused E&P company in the Eastern Mediterranean, with a strong production and development growth profile. The Company explores and invests in new ideas, concepts and solutions to produce and develop energy efficiently, at low cost and with a low carbon footprint.

Energean’s production comes mainly from the Abu Qir field in Egypt and fields in Southern Europe and the UK. The company’s flagship project is the 3.5 Tcf Karish, Karish North and Tanin development, offshore Israel, where it intends to use the newbuild fully-owned FPSO Energean Power, which will be the only FPSO in the Eastern Mediterranean. Energean continues to work towards delivering first gas in 1Q 2022. Energean Israel Limited has signed firm contracts for 7.4 Bcm/yr of gas sales into the Israeli domestic market, which have floor pricing, take-or-pay and/or exclusivity provisions that largely insulate the project’s revenues against global commodity price fluctuations and underpin Energean’s goal of paying a meaningful and sustainable dividend.

With a strong track record of growing reserves and resources, Energean is focused on maximising production from its large-scale gas-focused portfolio to deliver material free cash flow and maximise total shareholder return in a sustainable way. ESG and health and safety are paramount to Energean; it aims to run safe and reliable operations, whilst targeting carbon-neutrality across its operations by 2050.