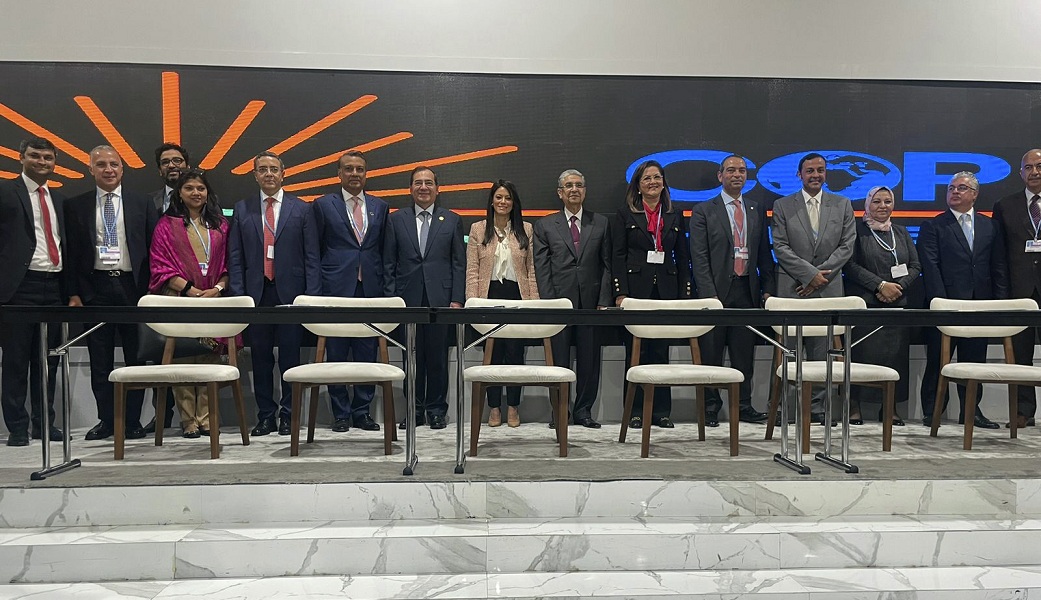 ELSEWEDY ELECTRIC in partnership with ReNew Power signs a Framework Agreement with the Government of Egypt for a Green Hydrogen Project.

On the sidelines of COP27, ELSEWEDY ELECTRIC, the leading integrated energy and infrastructure solutions provider in the Middle East and Africa, in partnership with ReNew Power Private Limited, a subsidiary of ReNew Energy Global Plc (“ReNew”) (Nasdaq: RNW, RNWWW), one of the leading renewable energy companies globally , have signed a Framework Agreement with the Government of Egypt to jointly develop, finance, construct, operate and maintain a green hydrogen project with its related ancillary facilities (“The Project”). The Framework Agreement is entered into with The Sovereign Fund of Egypt (“TSFE”) Infrastructure & Utilities Sub Fund, New and Renewable Energy Authority (“NREA”), Egyptian Electricity Transmission Company (“EETC”), and The General Authority for Suez Canal Economic Zone (“SC Zone”). The Project comes in line with Egypt’s National Green Hydrogen Strategy issued during COP27.

Based on the Framework Agreement, the “Partners” will be further undertaking project and site studies in the coming months and are expected to make the Final Investment Decision (FID) over the next 12 – 16 months. Thereof, the pilot phase project is expected to be commissioned in 2026. Usufruct agreements for the project are also expected to be discussed going forward, basis which land shall be allocated to the “Partners” for developing the Green Hydrogen project and the renewable energy resources needed to power the Project.

During the signing ceremony, Eng. Ahmed El Sewedy – President and CEO, ELSEWEDY ELECTRIC, stressed the importance of Green Hydrogen, saying: “Green Hydrogen is the catalyst for Carbon Neutrality. Therefore, we are committed to inject more investment in this Industry. Partnering with one of the world’s leading renewable energy companies diversifies Elsewedy Electric’s portfolio to impact different sectors, in line with our strategy that aims at providing sustainable integrated solutions in order to support communities’ betterment. We are also keen to support the localization of the Green Hydrogen’s feeding industries in Egypt; paving the way to achieving Net Zero. This comes as part of Elsewedy Electric’s long-term sustainability strategy, leveraging Egypt’s National Climate Change Strategy 2050 and supporting the global efforts to address Climate Change.”

Speaking on the signing, Sumant Sinha, Chairman and Chief Executive Officer, ReNew, said: “We are proud to move forward in our partnership with Egypt as it shows global leadership in taking on the existential threat of climate change. Green Hydrogen is critical for decarbonizing major hard-to-abate industries globally.  This Framework Agreement shows that ReNew Power, with partners such as the Government of Egypt, intends to take a pioneering and leadership role in this emerging sector- in global efforts to combat climate change. Green growth in the Middle East and Africa region is extremely important for the global economy and ReNew Power is ready to partner for this growth”.

ReNew is one of the largest renewable energy Independent Power Producers globally. ReNew develops, builds, owns, and operates utility-scale wind energy, solar energy, and hydro projects. As of October 10, 2022, ReNew has a gross total portfolio of ~ 13.4 GW of renewable energy projects across India, including commissioned and committed projects.