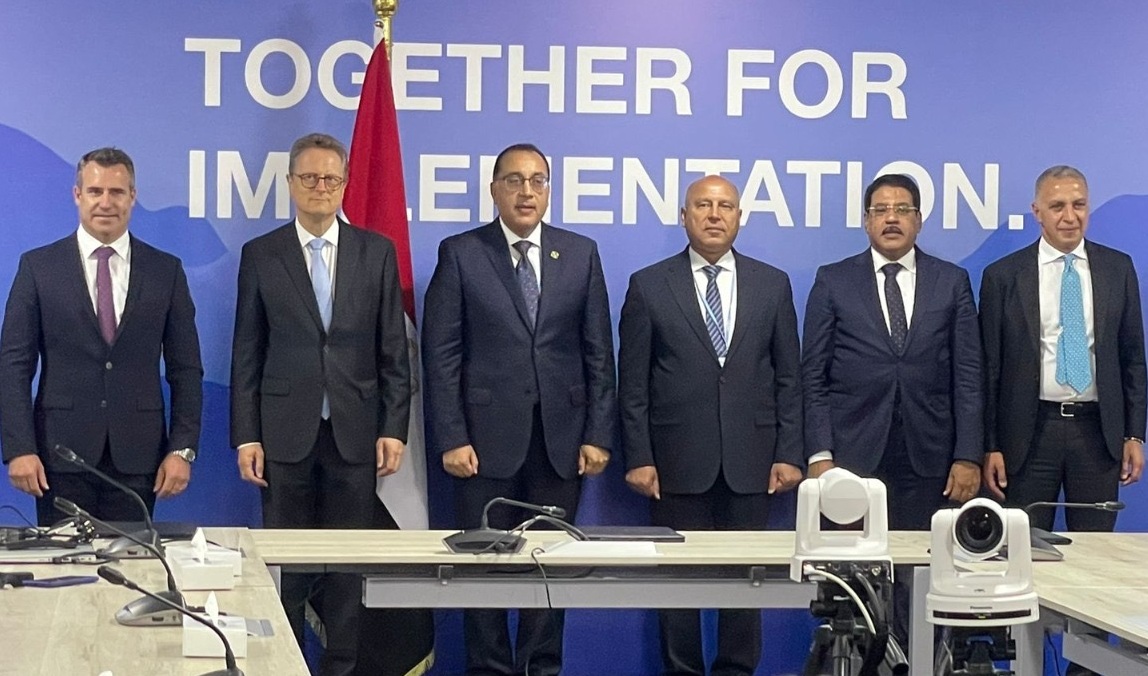 In conjunction with the UN Climate Change Conference (COP27), held in Sharm al-Sheikh, the Egyptian government has awarded the contract to operate the country’s first high-speed rail network to Elsewedy Electric and the German Deutsche Bahn International Operation (DB IO) which has an initial term of 15 years. The signing was witnessed by Prime Minister of Egypt, Dr. Mostafa Madbouly, Transport Minister of Egypt, Kamel al-Wazir, and German Ambassador to Egypt, Ambassador Frank Hartmann.

The state-of-the-art high-speed network will comprise three lines. Set to connect the metropolitan regions of Cairo, New Administrative Capital and Alexandria, the first line of the transport network (dubbed the “Suez Canal on rails”) will cut travel time in half for 30 million people as early as 2025. Two additional lines and 60 stations will eventually connect Abu Simbel, Luxor and the Red Sea port of Hurghada to Cairo and the rail network. Once the new network is completed, 90% of Egypt’s population will have access to rail.

On this occasion, Ahmed El Sewedy, Elsewedy Electric President and CEO, expressed enthusiasm for the new project, saying “The new high-speed rail network aims to improve traffic safety and curb air pollution, aligning with the Egyptian government’s efforts to develop the sustainable transportation sector and expand environmentally-friendly mass transportation in major cities. With the construction of the three lines, the climate-friendly rail will cover a distance of 2000 Km. To implement this green project, our company will exert every possible effort to hire, train, transfer knowledge to local talents, and assign the employees to Germany in order to gain an international experience, as part of investments in the country’s long-term development.”

Meanwhile, Niko Warbanoff, DB E.C.O. Group CEO said, “We are delighted that by operating the new system we will be making a significant contribution to the modal shift to rail and will be actively protecting the climate and supporting Egypt’s economic development. In addition to its political relevance, especially for active climate protection and the promotion of economic development, the project offers potential for Strong Rail in Germany in terms of technology cooperation and securing skilled workers.”

News about Elsewedy Electric is available on www.elsewedyelectric.com