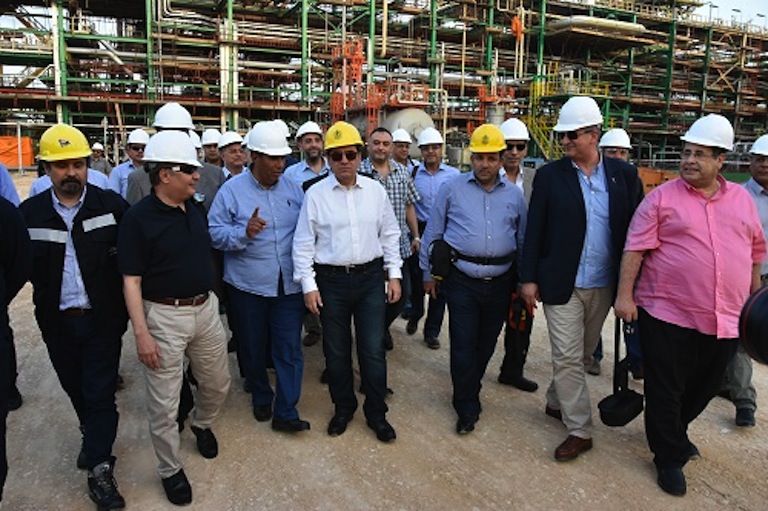 Egypt’s Petroleum Minister Tarek El-Molla said on Wednesday that the country’s giant Zohr gas field is expected to produce 2 billion cubic feet of gas per day (bcf/d) by the end of 2018. El-Molla’s statements came during in a visit to follow up on thee progress of work in the Mediterranean Zohr field in Port Said governorate; he was accompanied by government officials and the CEOs of Egyptian gas holding companies.

The minister revealed that Egypt is planning to add 1 bcf/d to the current output in Zohr, aiming to achieve self-sufficiency in gas production by the end of this year.

“Since it started production at the end of December 2017, the Zohr gas field’s production has tripled to reach 1 bcf/d per day,” El-Molla said.

The Zohr field, the largest natural gas discovery ever made in the Mediterranean, is located off Egypt’s northern coast within the Shorouk block, some 190 km north of Port Said.

Earlier this month, Italian multinational oil and gas company Eni, which holds a 60 percent stake in the Shorouk block, announced the start-up of the third production unit (T-2) of the Zohr gas field project, increasing its functional capacity to 1.2 bcf/d.

Field production is expected to rise to 2.7 bcf/d by the end of 2019, transforming Egypt into a regional power hub.