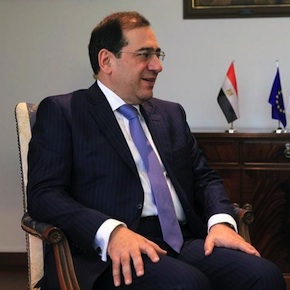 Did El Molla really go to Iran to secure fuel? Petroleum Minister Tarek El Molla was reportedly on his way to Iran on Sunday to meet with senior officials and try to secure a new oil agreement, according to Reuters, which cites sources “close to his delegation” and another individual who allegedly accompanied the minister to Cairo International Airport.

This was, however, denied by the ministry’s spokesperson Hamdy Abdel Aziz who told Al Masry Al Youm that El Molla left to attend a two-day energy summit in Abu Dhabi where he is expected to promote investment in the industry. The wire had framed the alleged Iran visit as part of the fallout of Aramco’s delay in October fuel shipments.

On that front, future fuel shipments from Saudi Aramco are still in question, but the agreement has not been cancelled, Abdel Aziz told the newspaper. Another source with whom Al Mal spoke claims it is unlikely that Aramco will deliver the shipment slated for November. Abdel Aziz said the ministry has contracted sufficient gasoline and diesel shipments to meet domestic demand for November; the ministry should have locked in December supplies by the middle of this month, he said.