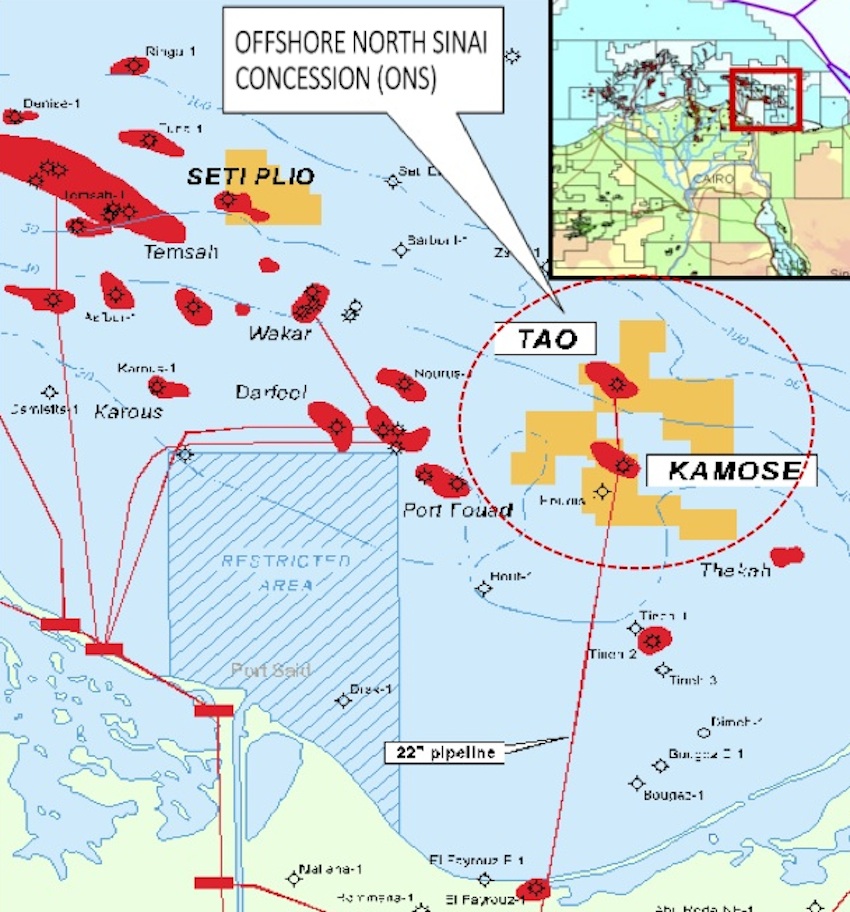 Egypt Kuwait Holding Company, one of the MENA region’s leading investment companies, is pleased to announce that it has completed an analysis and interpretation of the 3D seismic surveys covering the 560 km2 Offshore North Sinai (ONS) concession, with preliminary results indicating potential natural gas reserves totaling 2,352 bcf and condensates of 112 MMbbl.

ONS’ 3D seismic surveys were conducted by PSG International in March 2017, after which ONS appointed WesternGeco, a subsidiary of Schlumberger that specializes in the analysis and interpretation of 3D seismic surveys, to identify potential reserves at shallow and deep geological layers. WestenGeco’s preliminary results estimated a mean GIIP volume of 821 bcf at the shallow (Pilocene) layer, which includes dry gas, in addition to deep-layer (Pre- Messinian) estimates of mean GIIP volumes of 1,531 bcf, in addition to the 112 MMbbl of condensates.

“These results significantly add to ONS’ long-term growth potential and its ability to generate important new incremental value to our shareholders for years to come,” said EKH CEO Sherif El Zayat. “We had already upgraded the concession’s P1 reserves to c. 218 bcf in September 2018 and have outlined a CAPEX program to develop and fully capitalize on these fields. We will push forward in the coming months with valuation studies for these latest survey results to further upgrade ONS’ total production profile. Expansion in the upstream natural gas business is at the core of our growth strategy and comes at exactly the right moment as Egypt is positioning itself as the premier energy hub in the eastern Mediterranean.”