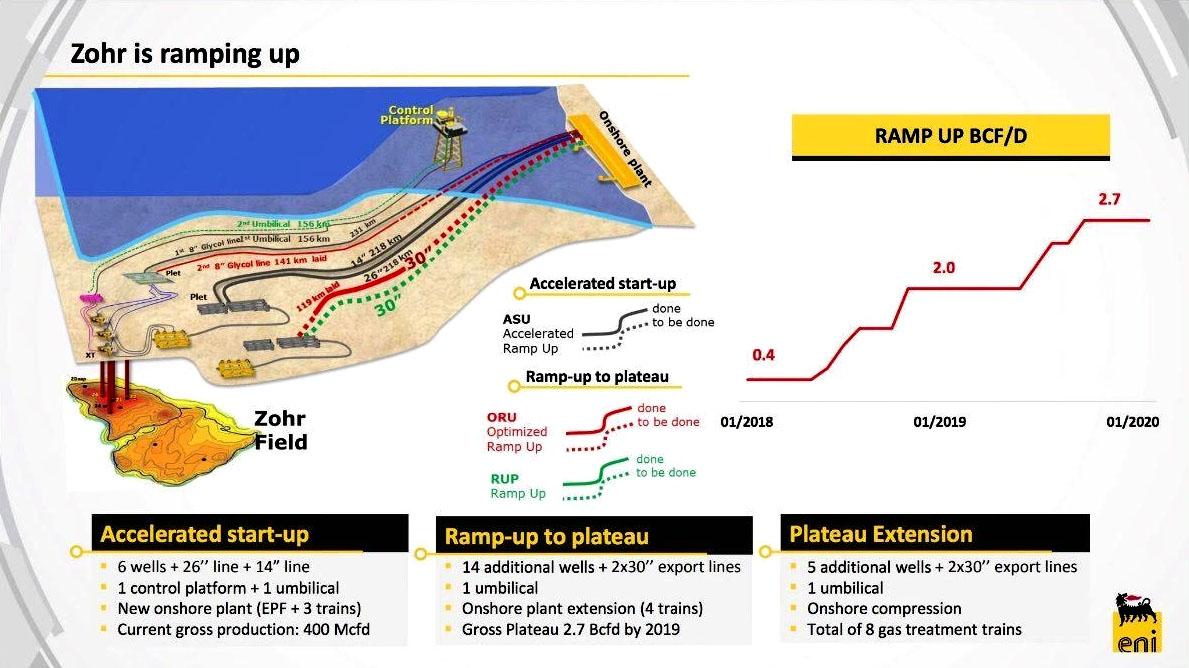 Zohr, located in the offshore Shorouk block about 190 km north of Port Said, was discovered in 2015 and holds an estimated 30 trillion cubic feet of gas.

Egypt has been seeking to speed up production from recently discovered fields, with an eye to halting imports by 2019.