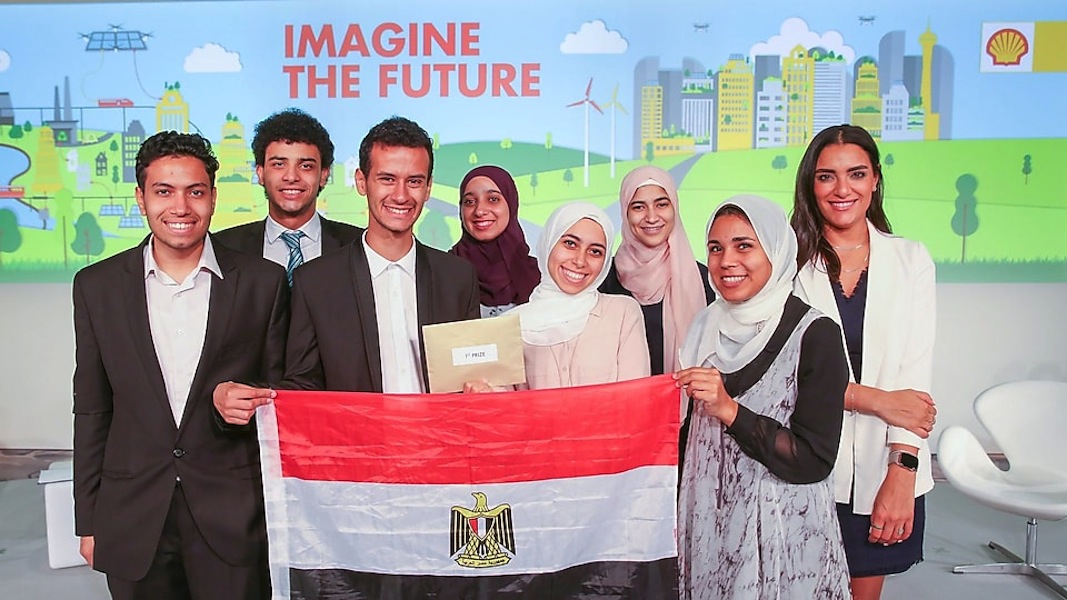 A team of students from the University of Science and Technology in Zewail City, representing Egypt, won first place in the “Imagine the Future Scenarios Competition” for 2018/2019, which was held in Singapore last July.

Team Egypt from the University of Science and Technology in Zewail City,  named “Sound Clash”, competed with their scenario “Orchestra vs Jazz”.

Students imagine the future of Asian and Middle Eastern cities

Shell engages youths through its Imagine the Future Scenarios Competition, which is part of the highlights at PPT (Powering Progress Together) forum, to discuss the energy possibilities of tomorrow in Asian and Middle Eastern cities.

This year, a total of 237 university students and more than 40 teams from across Singapore, China (new country), Thailand and Egypt took part in the competition. The winning national teams from each country shared their contrasting visions of future Asian and Middle Eastern cities by 2050 at this year’s PPT Forum, and first place went to the University of Science and Technology in Zewail City, Egypt.

“Orchestra vs Jazz”, by the University of Science and Technology in Zewail City, Egypt:

In 2050, two parallel universes will unfold. The first one is ‘Orchestra’, where nationalistic strategies and an extreme monopolisation of technology will lead to an orchestrated world where data and technology are controlled by the government and large corporates.

In the second scenario, ‘Jazz’, the world is more globalised, and technology and data are freely available, allowing small and medium enterprises to flourish. Egypt’s team explores these scenarios through Port Said, a city at the heart of the Suez Canal and an important hub for trade and commerce.