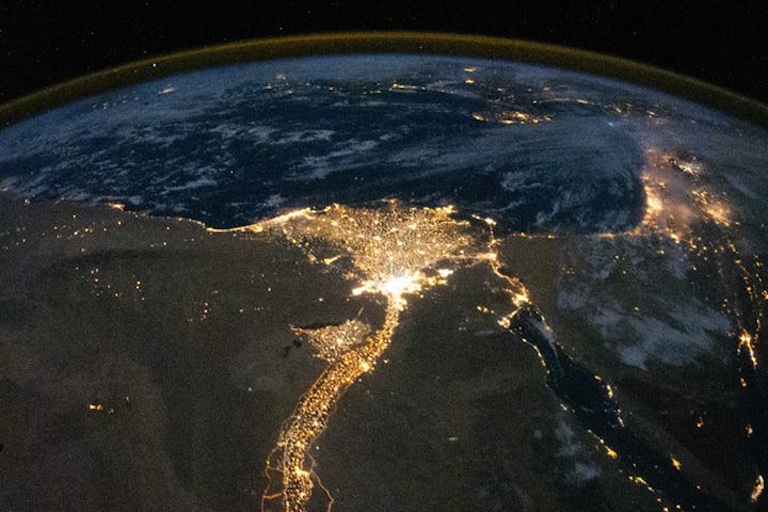 The Egyptian government has set a national goal to become a pivotal centre for energy trading. A supreme committee was established to manage this file under the chairpersonship of the minister of petroleum and mineral resources and including representatives of a number of ministries and concerned authorities.

Egypt has many investment opportunities in the energy sector, in all its fields, which include the production of new and renewable energy, electric transport, research and exploration activities, and oil refining through the development of refineries and new manufacturing units.

Egypt is currently witnessing fundamental changes in all fields. Egypt succeeded in the last three years, after considerable effort, to restore its security and political stability, which has had a positive impact on all sectors of the country, especially the energy sector.

In the context of political stability, the government has been able to impose a number of reform measures and policies in the energy sector within the framework of a new strategy that ensures supply, sustainability, and good governance.

Among the most important fruits of these policies in the electricity and renewable energy sector is the elimination of blackouts and the achievement of safe electric power reserves. In the oil and gas sector, several discoveries were made, including Zohr gas field, which has become the largest of its kind in the Mediterranean Sea.

Egypt’s Minister of Electricity Mohamed Shaker said that Egypt enjoys a distinguished geographic location between the continents of Africa, Asia, and Europe. He pointed out that Egypt is actively participating in all regional electricity interconnection projects. Egypt is electrically connected with neighbouring countries in the east and west, Jordan and Libya. Expansion of the electrical connection line with Jordan’s capacity, to reach 3,000 MW, is being studied through switching the existing link to operate at high-voltage direct current (HVDC) and adding converter stations in Egypt and Jordan.

The electricity interconnection project between Egypt and Saudi Arabia is currently being completed through power transmission lines operating on a DC current of 3,000 MW and on a voltage of 500 kV, which is an ideal model for electrical connection projects due to the difference in peak hours in the two countries. The first phase is expected to be completed in 2021.

Electricity interconnection is also being studied southwards in the direction of the African continent to benefit from the enormous potential of hydropower in Africa. The electrical interconnection between the north and the south of the Mediterranean will work to absorb the huge energies that will be generated from clean energy.

As the electricity and renewable energy sector continues to provide the necessary electrical supply to meet the increase in demand and meet the requirements of comprehensive development in all areas, the sector was able in just two years to add more than 15,000 MW to the national grid, according to Shaker.

He explained that this year will see the implementation of the largest solar park in Aswan with a total capacity of 1,465 MW as part of the feed-in tariff programme. The park is being established by 32 companies with investments of $1.5bn.

Shaker noted that measures are being taken to establish the first hydropower plant with a capacity of 2,400 MW at Mount Ataqa to benefit from the energy produced from new and renewable sources and store them in times of surplus and then use them in times of need.

Procedures are under way to prepare for the construction of electricity generation plants using clean coal technology in cooperation with the private sector with a total capacity of up to 6,000 MW in Hamrawein on the Red Sea, with the participation of Japanese, Chinese, and Korean companies. The project will comply with environmental standards for emissions from coal stations issued by the Ministry of Environment according to international standards.

This year witnessed the start of the activation and implementation of contracts for the project of the first Egyptian nuclear plant in Dabaa, being carried out by the Russian company Rosatom.

The first Egyptian nuclear plant consists of four nuclear units with combined capacity of 4,800 MW. The first unit of the plant will begin commercial operation by 2026 followed by the other units by 2028.

Shaker explained that the Dabaa project will play an essential role in diversifying energy sources in Egypt and enhancing its regional and international standing and putting Egypt on the threshold of advanced technology, which will cut down on the path of scientific and technological progress.

The strengthening of electricity transmission and distribution networks is one of the challenges facing the sector in order to discharge the expected production capacity of the generation plants to be established. A parallel network is being set up for high and ultrahigh voltages in light of the development of the electricity transmission network at an investment cost of up to EGP 18bn.

The sector has also contracted to implement projects of transformer stations for high voltages in addition to development projects and the establishment of control centres in the ongoing transmission network.

He pointed out that smart networks represent a quantum leap in the future of transmission and distribution of electric power. They rely heavily on exploiting renewable energy resources, optimising the use of electricity and reducing the cost of production, and making consumers one of the partners in managing the electrical system through offering different power distributors.

He pointed out that the future vision of the electricity sector includes the gradual transformation of the current network to a smart one characterised by the use of modern technologies and information systems, and dealing with all sources of electricity generation, including distributed generation sources and electricity storage units, contributing significantly to improving energy efficiency and ensuring electrical nutrition, emission reduction, and fully-automatic power recovery supervisory control and data acquisition (SCADA).

The total capacity of conventional power plants is 37,900 MW, in addition to 890 MW from renewable sources. Additional sources are expected to add 20,100 MW through 2020 to reach about 58,1000 MW, including 34,400 MW from high-efficiency combined cycle stations, with fuel consumption rates of 170 grams of fuel equivalent per kilowatt-hour.

As for renewable energies, the new capacities are expected to amount to 6,960 MW from wind farms by 2022, along with 2,750 MW from solar power plants.

Starting from 2018/2019, it is expected that all loads on the transmission grid will be sourced from the combined-cycle stations, hydropower, and renewable energy sources. This means that the average fuel consumption will be reduced to 170 grams of fuel equivalent per kilowatt-hour of thermal units instead of the current rate of 214.5, which saves 20%.

On the supply side, the plan showed the expected savings in electricity as a result of the feed restructuring programme and the importance of a realistic price signal for the cost of producing, transporting, and distributing electricity to consumers.

The plan also includes the projects for the expansion of production and the impact on the qualitative development of the means of production, which will be reflected in the energy efficiency, which the plan could achieve an annual saving in the consumption of fuel in the production of electricity estimated at 19.2m tonnes of fuel oil.