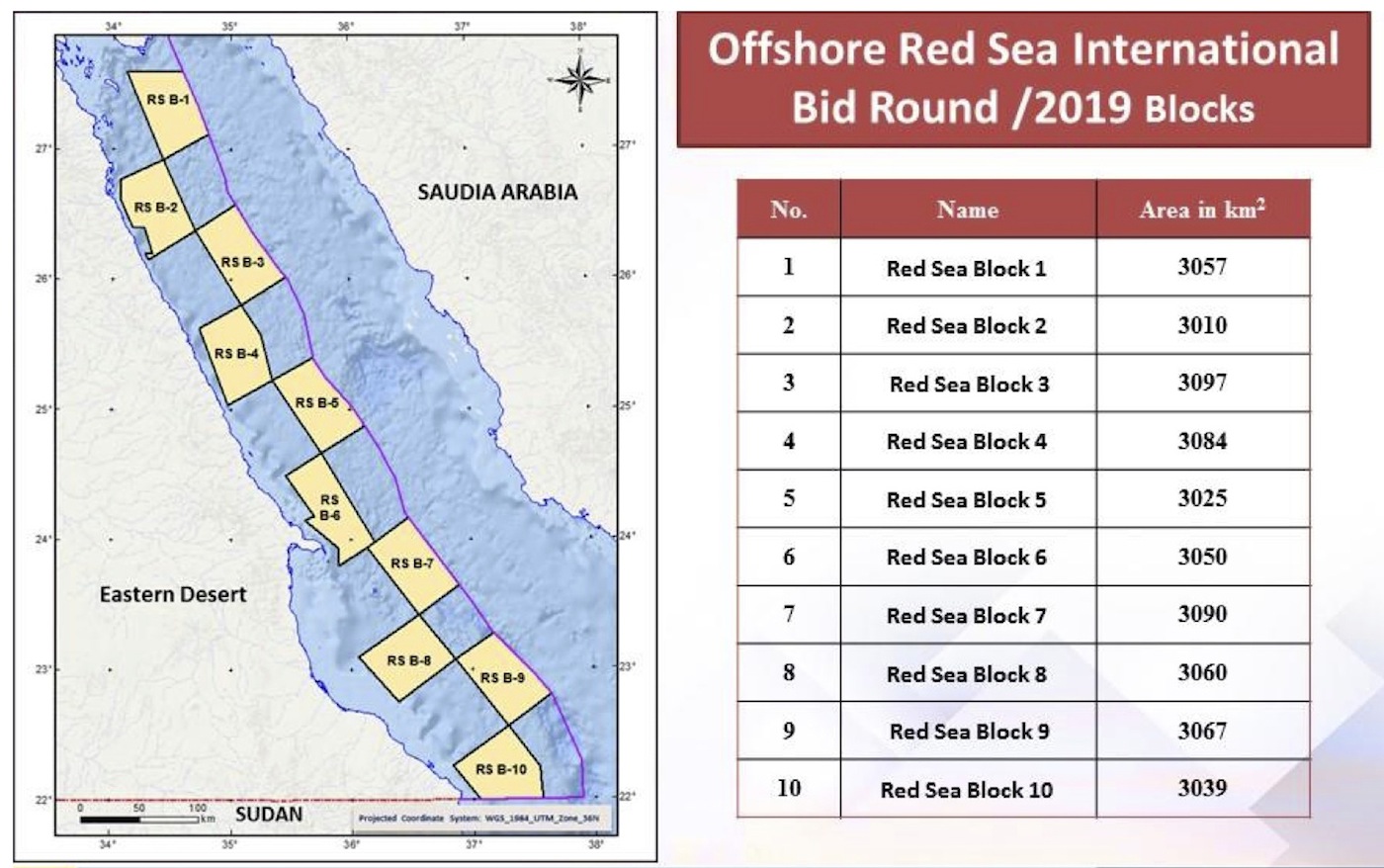 The Red Sea oil and gas exploration tender ends today, with bids from major oil producers expected to be announced later. Shell, ExxonMobil, Statoil, Dragon Oil, Russian Rosneft and Total have all reportedly bidding for 10 oil and gas exploration blocks off the Red Sea coast under a new production sharing contract, which were tendered back in March by the South Valley Egyptian Petroleum Holding Company (Ganope), sources told Egypt Today on Thursday.

Ministry of Petroleum and Mineral Resources, represented by South Valley Egyptian Petroleum Holding Company (Ganope), will close receiving tenders for the 2019 international bidding in the Red Sea on Sunday, Sept. 15 before noon.

Earlier in September, President Abdel Fatah al-Sisi ordered expanding research plans and exploration in the petroleum sector, in addition to focusing on oil and gas infrastructure projects to achieve optimal economic benefit of all natural resources.

During his meeting with Sisi, Minister of Petroleum Tarek el-Molla reviewed the strategy of the ministry, within the framework of the state’s policy to meet the domestic market’s needs of petroleum products and to reduce the gap between production and consumption.

Molla also reviewed the electronic system to monitor the circulation and distribution of petroleum products to ensure data governance and prevent manipulation.

The accomplishments of the petroleum sector included achieving self-sufficiency in natural gas in Egypt, where natural gas represented the highest growth rate during 2018/2019, Molla said, thanks to the quick implementation of projects of gas fields’ development and exploration.

The ministry has developed the petrochemical industry of added-value in the country to cope with the changes in the global market, with the aim of meeting the needs of the domestic market, supporting many industrial sectors and exporting surplus.

The Egyptian Petroleum Authority and Egyptian General Petroleum Corporation (EGPC) signed on Sept. 5 two agreements to explore oil and gas in Egypt’s western desert, according to the Petroleum Ministry.

The ministry clarified that the agreements stipulate drilling four exploratory wells in Southeast Abu Sennan and Ras Kattara in Western Sahara with a minimum investment of $4 million.