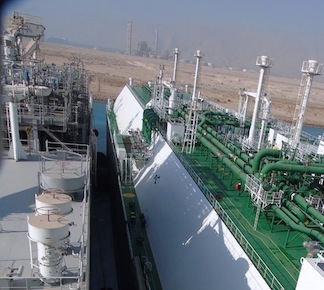 In a sign that we may be heading towards becoming an energy hub by 2018, the Oil Ministry is letting go of one of the two FSRUs at Ain Sokhna next year, just as production from the Eni’s Zohr field comes online later this year, Oil Minister Tarek El Molla tells Al Borsa. He tells the newspaper that Egypt will stop importing natural gas by 2018, and will begin exporting gas by 2019. The oil ministry had said on Monday that its deadline for gas independence was moved forward to 2018.