Egypt to restart gas exports to Jordan next January 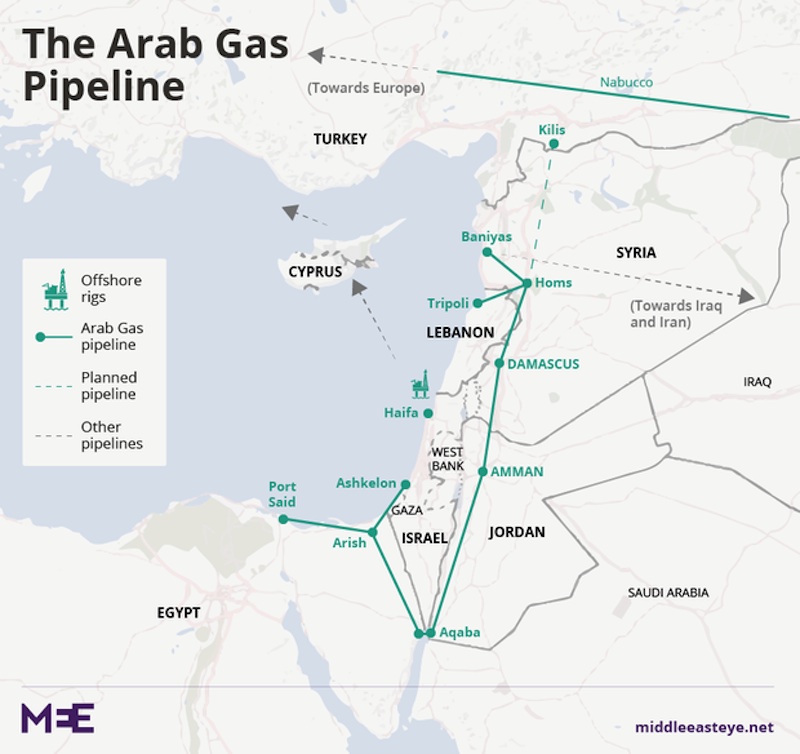 Flows from Egypt to Jordan on the 10bn m³/yr Arab Gas Pipeline (AGP) will resume on 1 January at 35mn ft³/d (1mn m³/d), a Jordanian government official said. Egyptian state-controlled Egas had been planning to resume pipeline exports to Jordan in 2019, although it has not given information on the volumes.

Jordan has since 2015 been exporting gas to Egypt through the reversed AGP and is expected to supply gas to Egypt again during the peak demand period in August-September this year, the government official said.

Ending Jordanian exports and importing at 1mn m³/d from Egypt through the AGP would equate to Jordan requiring 8-14 fewer standard-sized cargoes per year, assuming similar demand to 2017. Jordan received 47 cargoes in 2017.

Previous reversal in flows
Egypt used to supply gas to Jordan under a 2.47bn m³/yr long-term contract with Jordanian state-owned power utility Nepco, but flows were repeatedly halted from 2011 onwards.

The initial halts on flows resulted from attacks on the pipeline. But flows subsequently fell below the contractual volume and were ultimately halted as Egyptian domestic production failed to keep pace with rising consumption. The pipeline switched to reverse flows towards Egypt from 2015.

Egypt was importing some of the regasified LNG delivered to Aqaba, under an agreement from August 2015. These imports were a share of the cargoes that Egypt had requested be delivered to the Aqaba terminal. Nominating deliveries to Jordan was partly compensation for Egypt halting its own pipeline exports. Egypt also supplied electricity to Nepco through the power interconnector linking the two countries during the disruption in gas exports in 2011.

It was unclear whether Egypt still owed Jordan any compensation for the disruption in flows.

Israeli gas to displace more LNG by 2020
Jordan will likely be able to completely halt LNG imports by 2020 even if Egyptian flows remain below the contractual volume of 6.8mn m³/d, provided that Israeli gas from the 620bn m³ Leviathan field reaches Jordan on schedule.

A pipeline between Israel to Jordan is scheduled to be completed by the end of 2019, which would allow the company to receive first gas from Israel’s Leviathan field when this starts production in early 2020.

The agreed volumes of Israeli gas may be sufficient to meet Jordan’s domestic consumption. Nepco has a contract with Noble Energy for 300mn ft³/d (8.49mn m³/d) — with a minimum take-or-pay obligation set at 75pc of the contractual volume, equivalent to about 6.37mn m³/d. And Nepco can request to increase supplies up to 350mn ft³/d (9.91mn m³/d), although Noble Energy has no obligation to supply the additional volume.

Even with Egyptian flows remaining below contractual volume, this would be sufficient to meet Jordan’s domestic demand, which has been growing less than expected in recent years, the government’ official said.

Jordan’s gas demand is almost entirely for generating electricity, with a minimal volume of gas — not exceeding 4mn ft³/d (113,000 m³/d) — being consumed by an industrial site, the government official said.

Jordan’s gas demand may increase in the long term as the country plans to build a desalination plant in Aqaba and a distribution grid for bringing gas to households, but these projects are still in their early stages, the official said.

Jordan has already more generating capacity than it needs, which will allow the country to become an electricity hub for the Middle East region, chief executive of project developer Panmed Energy Shermine Dajani said.

Jordan has 4GW of conventional power generation capacity, with an average efficiency of 43-44pc. All this capacity is gas-fired, although part of it can also run with fuel oil.

The country also has 700-800MW of renewable generation capacity and is aiming to expand this to 2.4GW by 2020, Dajani said. Jordan’s peak electricity demand is around 3.3GW. 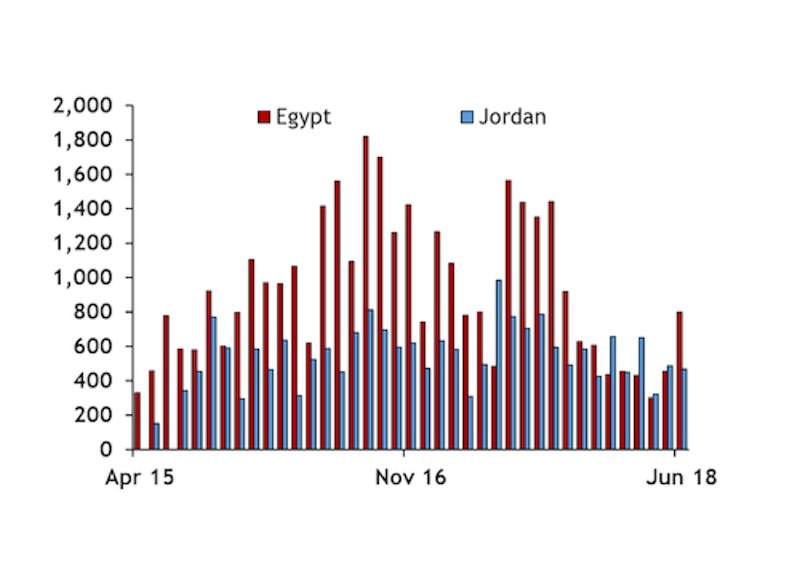 LNG deliveries to Egypt and Jordan ‘000 m³ of LNG 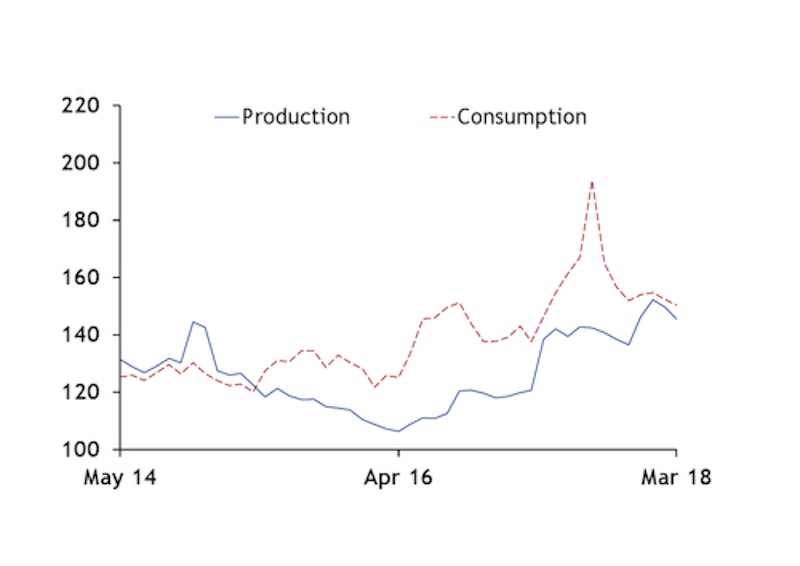