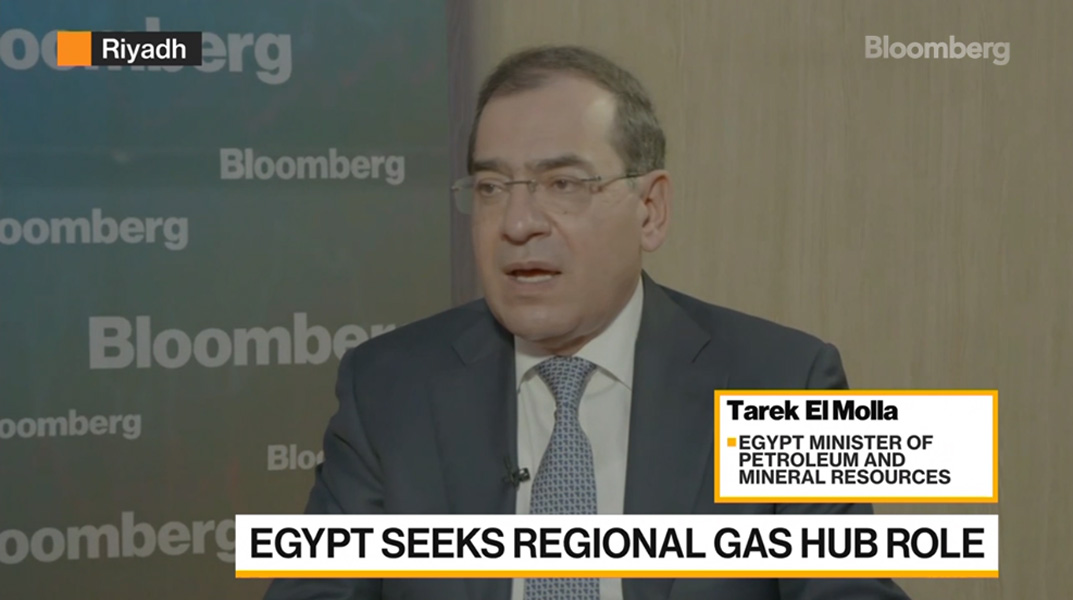 Egypt said it’s on target to produce enough fuel to cover its own needs by 2023.

The country will reach its goal thanks to upgrades of existing refineries and the construction of seven new ones as part of a project costing around $7 billion, according to Energy Minister Tarek El Molla. The new facilities will be able to make 6.2 million tons a year of products such as gasoline and diesel.

“We are not a big oil producer, but we are doing great in refined products,” El-Molla said in an interview in the Saudi Arabian capital of Riyadh, where he was attending a climate conference. “Instead of importing refined products, we’d rather import crude oil and refine it” locally.

The country is already self-sufficient in natural gas after the discovery of the giant Zohr field in the Mediterranean Sea in 2015. That followed years of sagging output that forced it to halt most exports of liquefied natural gas.

With LNG exports growing again, Egypt plans to negotiate more long-term sales deals with customers and reduce its reliance on the spot market, the minister said. The country currently sells about 60% of its LNG through long-term contracts and 40% on a spot basis, he said.

Egypt is seeking to become a major hub for shipping gas to Europe, where demand is growing as governments transition from dirtier fossil fuels such as coal and oil.

The strategy has been made more urgent by a global shortage of gas that’s sent prices soaring across Europe and Asia.

“The big spike is exceptional and not sustainable,” El-Molla said.

Last week, the Israeli energy ministry said a pipeline would be built for gas running to the Egyptian border on the Sinai peninsula. El-Molla said that his country is looking at all options.

“All neighbors are looking at Egypt as a gas hub and as an outlet for their gas,” he said. “So I’m inviting all gas to comes through us.”

The North African nation will also send gas to Lebanon through Jordan and Syria early next year, he said. Those flows could help ease a chronic shortage of power in Lebanon, where blackouts happen on a daily basis.