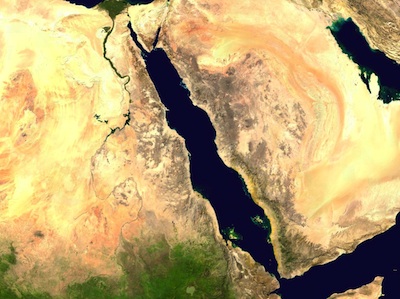 Egyptian Petroleum Minister Tarek El Molla said on Thursday that new areas in the Red Sea will be open for bidding for exploration as part of Egypt’s effort to expand oil and gas production.
El Molla did not disclose the exact date for the bidding. He told a news conference that the bidding comes after the recent approval of the Egyptian-Saudi maritime border demarcation deal, in which Egypt agrees to transfer two Red Sea islands in the Red Sea to Saudi Arabia, Xinhua reported.

Earlier on Thursday, El Molla and Egyptian Prime Minister Sherif Ismail held a meeting to discuss a number of issues, including the latest deals and bids that aim to increase the country’s crude oil and natural gas production, the official news agency MENA reported.

El Molla said they discussed the establishment of a petrochemical factory in the Suez governorate at a cost of 4 billion U.S. dollars.

The feasibility study of the project, which will be funded by a number of international and foreign organizations, will be finalized in August, he added.

El Molla added that the meeting also discussed a bill that aims to increase penalty for illegal exploration for precious metals.