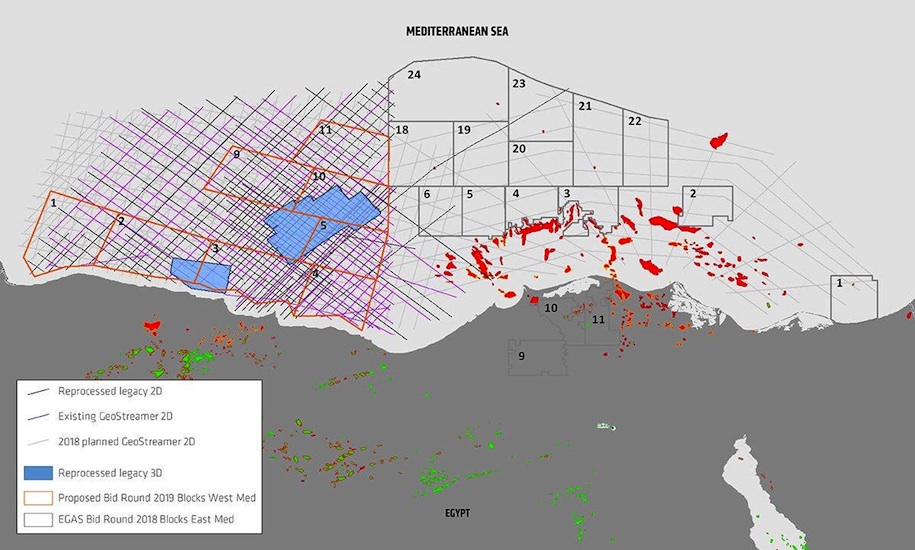 EGAS plans fresh WestMed gas exploration tender: The Egyptian Natural Gas Holding Company (EGAS) plans to put some 11 natural gas exploration blocks in the western Mediterranean up for auction by 1Q2020, a source from the company told Al Shorouk. EGAS has finalized studies and seismic scans, and is waiting for the Oil Ministry to make a final decision on the timeline and the number of concessions on offer.

The great gas rush of 2019: The ministry in February handed five gas exploration concessions in the Mediterranean and Nile Delta to Shell, Eni, BP, DEA and Petronas in the largest bid round in the state gas company’s history. A month later, the South Valley Egyptian Petroleum Holding Company (Ganope) launched a tender for 10 oil and gas exploration blocks off Egypt’s Red Sea coast. It remains unclear when the ministry will announce the winning companies.