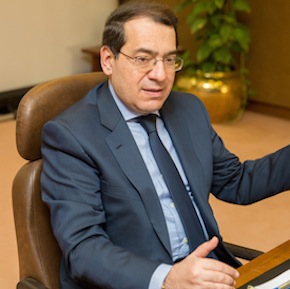 “We didn’t yet set a date, however we are committed. We are going to have shortly a repayment schedule agreement with partners,” Reuters quoted El Molla as saying at the Egypt Petroleum Show EGYPS in Cairo.

Last month, the minister told Reuters that his country was committed to repaying arrears, but Egypt’s insufficient foreign currency reserves were making the debt repayment difficult. Although setting a repayment schedule in place would take some time, Egypt was making monthly payments to foreign firms to avoid piling up of more debts, El Molla said.

According to a report by the International Monetary Fund (IMF) published last month, one of Egypt’s main challenges is to restructure the Egyptian General Petroleum Company (EGPC). Because of its difficult financial position, EGPC has started accumulating arrears to international oil companies. These arrears exceeded US$6 billion in 2014 with the high global oil prices, but have since declined to US$3.6 billion as of end-September 2016. The IMF is calling for immediate actions to restore the company’s financial stability with an action plan to be developed by the end of March this year, which would also include a strategy to settle outstanding arrears.

Meanwhile, the company will make sure that no new arrears are accumulated, and “will seek to reach agreements with creditors on the repayment schedule of the current stock to gradually eliminate it by end-June 2019,” the IMF said.

In addition, the IMF said that Egypt has “an enormous potential to become a major producer and a supplier of natural gas”. The country’s gas output has dropped considerably since the 2011 revolution, but new fields have been developed in the Nile delta and Egypt’s waters in the Mediterranean in the recent years, of which the Zohr field is the most promising.

At the end of last year, Egypt signed several large deals with a handful of oil majors, which could lead to more oil and gas production in the energy-starved nation.