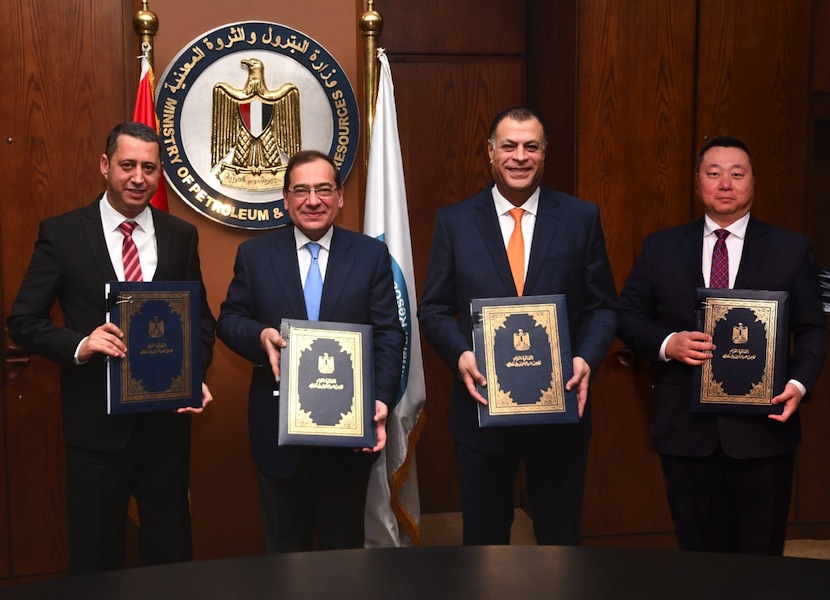 EGPC signs USD 450 million in Oil and Gas E&P agreements: The state-owned Egyptian General Petroleum Corporation (EGPC) yesterday signed nine oil and gas exploration and production agreements that will see companies invest at least USD 452 million to drill 38 wells in concessions in the Mediterranean and Western Desert, the cabinet said in a statement. The House of Representatives authorized the ministry last month to sign off on the agreements, which also include signature grants worth USD 84 million.

Will these concessions be operated under the new production sharing terms? It remains unclear whether the agreements will be subject to the friendlier oil and gas sharing terms rolled out by the ministry earlier this year. The new terms, which will be applied in a tender the South Valley Egyptian Petroleum Holding Company (Ganope) launched for 10 oil and gas exploration blocks off the Red Sea coast back in March, give producers larger portions of output in a bid to cut the time it takes for them to hit profitability on any one concession, as well as raise the cost-recovery ceiling on contracts.

Looking ahead: EGPC plans to drill 40 new exploration and development wells with investments of EGP 2.6 bn, and bring its total production to about 106 bbl/d in FY2020-2021, according to figures in the Oil Ministry’s planning budget picked up the local press.

The Egyptian Ministry of Petroleum has signed nine agreements to search for and produce oil and natural gas in the Mediterranean and Western Desert regions.

The agreements include drilling 38 wells with investments of a minimum $452.3 million and signing grants of about $84 million.

According to a statement by the Ministry of Petroleum, the agreements signed were between the Egyptian Petroleum Corporation and Egyptian Natural Gas Holding Co. (EGAS), Apache Corporation, BP plc, Shell Company and Petronas Company.

Minister of Petroleum and Mineral Resources Tarek El-Molla stated that with these nine agreements, the number of oil agreements signed by the ministry with investors and partners since July 2014 has reached 79 agreements. The minister added that another four agreements approved by the Egyptian House of Representatives will be signed later.

The minister asserted that the oil sector is “the backbone of economic development,” and that the oil agreements will attract new foreign investments that should help in boosting and maximising Egypt’s oil reserves and production.