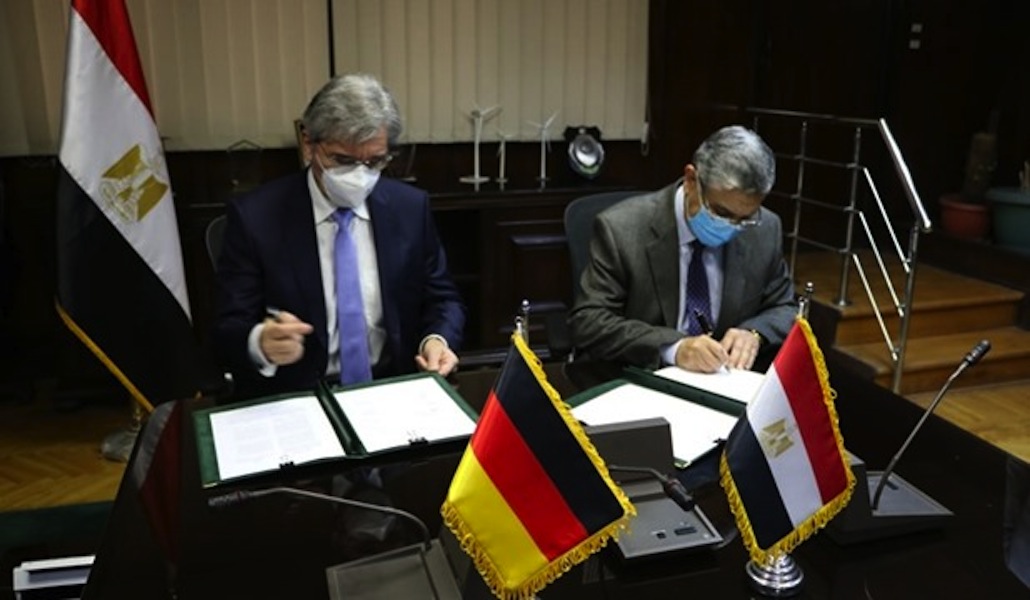 Siemens will work on a pilot project to produce green hydrogen in Egypt after signing a MoU with the Electricity Ministry on Thursday, according to a press release. Egypt is currently exploring green hydrogen as an alternative energy source, and will be integrated into the government’s 2035 energy strategy, according to the statement. Siemens has partnered with the Egyptian government on a number of recent energy projects, including the world’s three largest combined-cycle power plants a few years back, the New Administrative Capital’s national electricity control center and an upcoming 500 MW wind power plant.

DID YOU KNOW? Green hydrogen, which is produced using renewable sources of energy, is distinct from grey hydrogen, which is made from burning methane, thus emitting carbon into the atmosphere. Switching to green hydrogen will be important if countries are to meet the Paris climate goals and lower their carbon footprints.

The Egyptian Minister of Electricity and Renewable Energy, Mohamed Shaker,  signed an agreement of intentions with CEO of the German company Siemens، Joe Kaiser, to start discussions and studies to implement a pilot project for the production of green hydrogen in Egypt, as a first step towards expanding in this field to the possibility of exporting.

The Ministry noted in a statement, Thursday,  that among new and renewable energy sources is the production, use and export of green hydrogen, in line with the global trend in this field.

Green hydrogen is also receiving great attention as it is a promising source of energy in the near future.

A ministerial committee is currently working on the national level to study hydrogen as an energy source in the near future in Egypt, and to research all possible alternatives for the generation and use of hydrogen, taking into account international experiences in this field, as the Energy Strategy 2035 will be updated to include green hydrogen as an energy source, according to the statement.