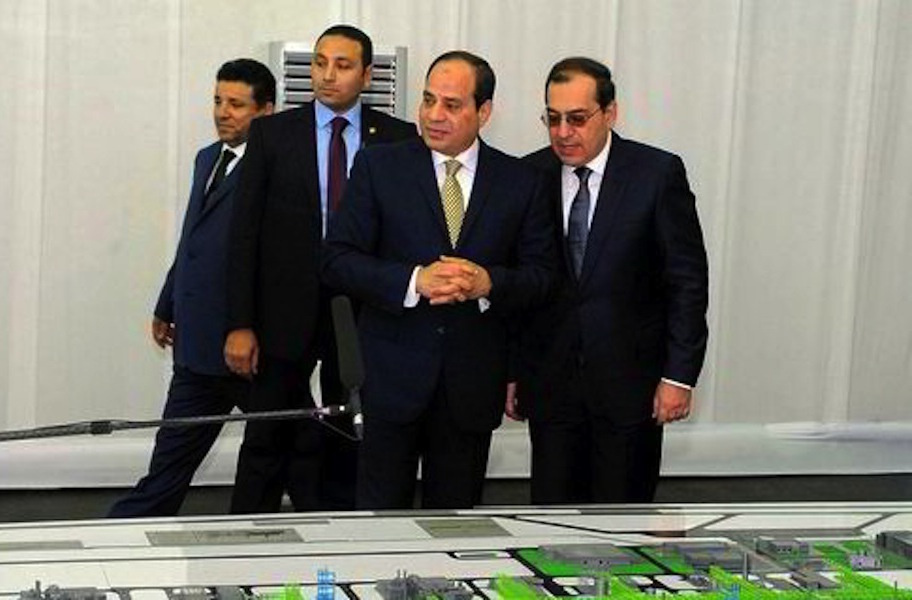 President Abdel Fattah el-Sisi says all new cars sold in Egypt will have to run on compressed natural gas before they are issued a license.

Egypt’s President Abdel Fattah el Sisi has said all new cars sold in the country will have to run on compressed natural gas (CNG) before they are issued a licence as part of moves to encourage consumption of cleaner energy and help reduce fuel costs.

Owners of older cars will also receive grants to switch to CNG, while the sale of new electric cars will be subsidised to encourage the transition, while there are also plans to producer electric cars locally.

The move will help reduce middle-income families’ fuel bills by half, safeguard natural resources and improve the quality of lives for citizens, the president added.

“Whoever has a 25-year-old car, it costs them a lot of money, whether in repairs or in fuel,” he said.

Egypt has a natural gas surplus thanks to rising output in recent years on the back of discoveries by international oil companies. Low liquefied natural gas prices are deterring exporters from making use of available natural gas to boost sales abroad.

Wider use of natural gas will allow the government to export more crude oil and condensate which fetch a better price than LNG.

As part of the move, the government will grant loans and tax incentives to encourage the use of vehicles running on natural gas. The decision will apply to any vehicles, whether it is a minibus, private car or a taxi, he added.

The transition is part of a broader push by the government to encourage the conversion of as many as 1.3 million private cars. The main focus is vehicles over 20 years old.

Minister of Industry & Trade Nevine Gamea said that there is a media campaign to encourage citizens to switch to CNG, noting that the Egyptian state prefers natural gas, which helps relieve the burden placed on citizens due to gasoline prices being higher.

Banks will offer five-year loans to help cover the cost of converting a car to natural gas.