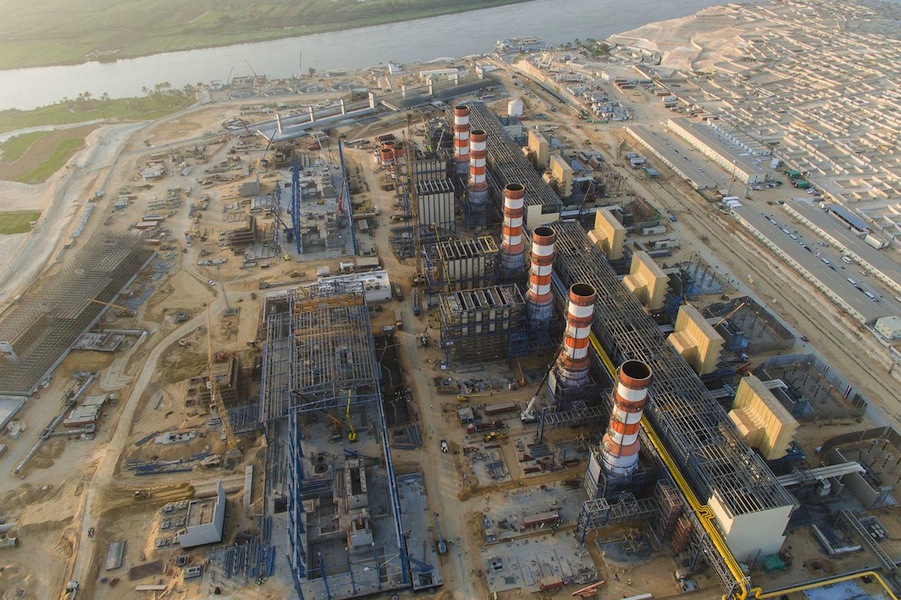 Egypt is considering offers from a Blackstone Group unit and Edra Power Holdings Sdn Bhd of Malaysia to take over three power plants co-built by Siemens AG — a move that could cut the North African nation’s debts while bringing in much-needed foreign investment.

Both Blackstone’s Zarou Ltd. and Edra have voiced interest in the state-owned facilities, according to Egypt’s electricity minister, Mohamed Shaker. The plants, which have a total capacity of 14.4 gigawatts, were inaugurated in July as the latest in a series of large-scale infrastructure projects under President Abdel-Fattah El-Sisi.

“We received an expression of interest from the two companies to take over and operate the power plants and we’re looking into it,” Shaker said in a phone interview. The plants cost 6 billion euros ($6.7 billion) to build and were mainly financed by a consortium of lenders led by Deutsche Bank AG, HSBC Holdings Plc and KfW-IPEX Bank AG.

Such a deal would bring welcome funding for the Arab world’s most populous country, which has cut energy subsidies and devalued its currency to revive an economy that stalled in the wake of its 2011 uprising. While El-Sisi’s rule has seen glitzy mega-projects such as a new administrative capital, an extension to the Suez Canal and a record-breaking Nile bridge, there’s been little major foreign investment beyond oil and gas.

London-based Zarou declined to comment on any potential pact. Edra, which already owns three gas-fired thermal power plants in Egypt and is a subsidiary of China General Nuclear Power Corp., said it was “premature to provide any comments at this juncture.”

Its assistant vice president, Jennifer Aleeya Wong, said the company supports Egypt’s efforts to become a regional energy hub and looks forward to being part of those developments.

If a deal went ahead, a power-purchasing agreement would be signed with either Edra or Zarou and the company would sell the electricity produced to the government while working alongside Siemens, Shaker said.

Siemens Egypt, which is operating the three combined-cycle plants under an eight-year contract, said that power purchase agreements between utilities and private power companies or investors are common worldwide. Chief Executive Officer Emad Ghaly said his firm is committed to operating and maintaining them until 2024.

A deal with Edra or Zarou would also set the stage for the company to assume responsibility for any financial dues. Egypt is seeking to ease the country’s debt burden.

The state-owned Egyptian Electricity Holding Co. secured a loan to finance about 85% of the power plants’ cost that was provided by the banking consortium and backed by a sovereign guarantee. Egypt’s 2019-20 budget statement shows debt guaranteed by the Treasury was 20.4% of gross domestic product by the end of 2018. About a quarter of that was owed by electricity companies.

It “should be viewed as a success for the government push to attract much-needed sizable foreign direct investments,” he said. Qalaa’s unit Taqa Arabia, one of Egypt’s largest private power producers and distributors, recently inaugurated a 50 megawatt solar plant in southern Egypt.
Raising Capacity

Two of the Siemens-operated plants — in the new administrative capital near Cairo and the coastal city of Burullus — were co-built with Orascom Construction. The third, in Beni Suef on the Nile river, was constructed by Siemens and Elsewedy Electric.

Along with several smaller projects, including a wind farm, they helped raise the country’s power-generation capacity to more than 47 gigawatts. Egypt’s electricity reserves now stand at 25.7% of installed capacity, Shaker said.

Blackstone portfolio company and Edra express interest in operating Siemens power plants: Blackstone Group’s Zarou and Malaysian company Edra Power Holdings have both expressed an interest in taking over the operation of the three Siemens-built, combined-cycle power plants inaugurated in July, Electricity Minister Mohamed Shaker told Bloomberg, adding that both offers were under consideration. Neither Edra, which already runs three gas-fired thermal power plants in Egypt, nor Zarou have formally confirmed their interest in acquiring the plants.

Where does Siemens stand in all this? Shaker said that Siemens would continue to work alongside any new operator. The German conglomerate currently holds an eight-year contract to operate the plants. Siemens Egypt CEO Emad Ghaly has previously said the company is committed to operating and maintaining the power plants until 2024.

A move to get debt associated with the plants off the government’s balance sheet? A transaction could “set the stage for [Zarou or Edra] to assume responsibility for any financial dues,” Bloomberg’s Mirette Magdy suggests. The power plants cost EUR 6 bn to construct, with about 85% of the cost being financed by a consortium of lenders including Deutsche Bank, HSBC, and KfW-IPEX Bank, all backed by a sovereign guarantee.