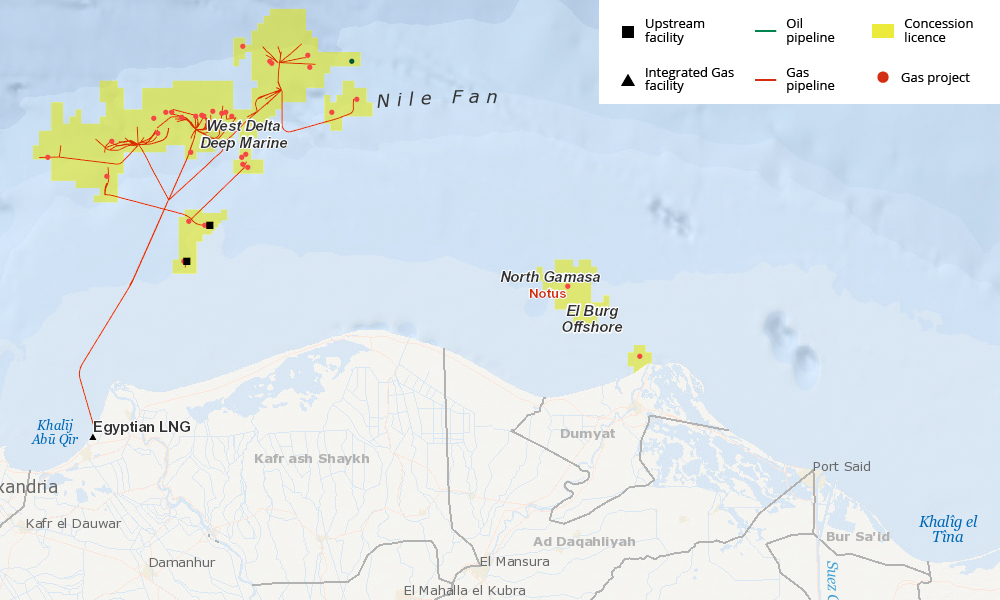 The Egyptian Natural Gas Holding Company (EGAS), Shell, and BP have signed an agreement to modify gas prices at El-Borg marine concession area in the Mediterranean Sea, through a price index formula linked to the global price of crude barrel, with a maximum price of about $5.88 per million British thermal units (MMBtu).

The price index formula for the share of foreign partners, Shell, and BP, in the concession was set at a minimum of about $4/MMBtu, a source in the oil sector told Daily News Egypt.

He added that the ministry of petroleum formed a committee to review gas prices in old petroleum agreements, and set a perception of suitable prices for each project separately according to the global changes in the oil and gas market, and in line with the state policy to encourage foreign investment.

The previous gas price in the old agreement of El-Borg concession was estimated at $2.5/MMBtu, which did not encourage foreign partners to develop or increase their investment in the area, and did not comply with market changes.

The gas produced from the Western Desert fields costs about $2.65/MMBtu, which was higher than the El-Borg concession in its old agreement.

Defining gas prices with foreign partners is, in general, governed by a win-win negotiation that aims to cover the costs of developing new discoveries, so it’s an ongoing process that depends on the conditions of each agreement.

The aim of amending El-Borg concession agreement is to accelerate development plans and thus increase production. There are also negotiations with other foreign partners in this regard.

Last week, the cabinet published an infographic, in which it shed light on the achievements of the petroleum sector last year.

There are 17 other agreements under negotiation to drill 86 wells with more than $1bn in investments.