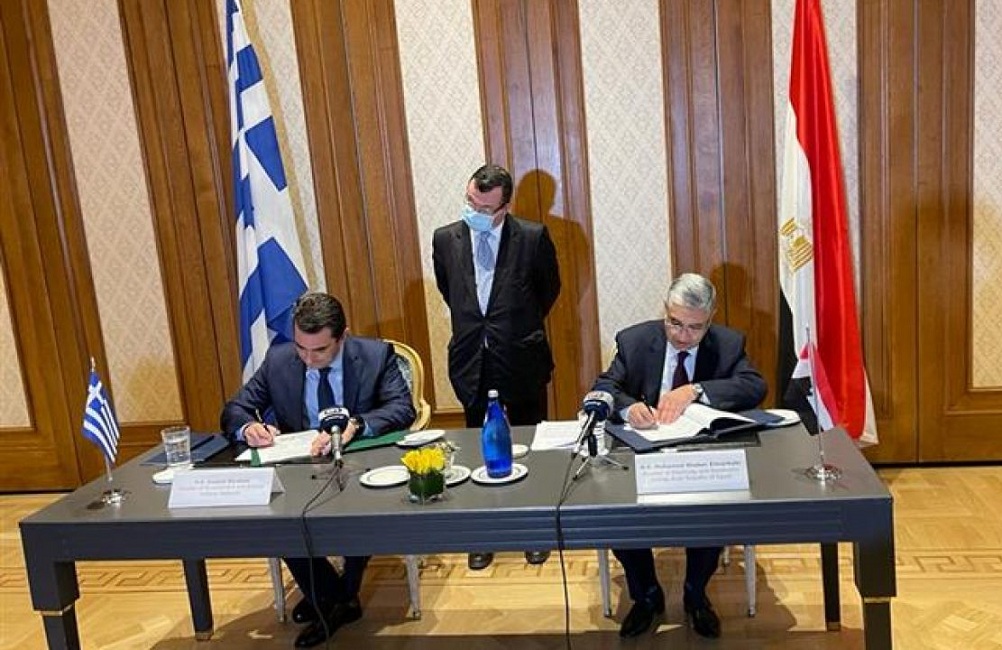 Greece and Egypt on Thursday clinched an agreement that sets the stage for an undersea cable that will transmit power produced by renewables from North Africa to Europe, the first such infrastructure in the Mediterranean.

Greek Energy Minister Kostas Skrekas and his Egyptian counterpart, Mohamed Shaker, signed a memorandum of understanding for the project at a ceremony in Athens.

“Such an interconnection it’s a win-win for both Greece, Egypt and the European Union”, Skrekas said.

He said that the project will help build an Eastern Mediterranean energy corridor and improve security of energy supply in the region.

The Ministry of Electricity and Renewable Energy signed Thursday 14/10/2021 a memorandum of understanding (MoU) with the Greek Ministry of Environment and Energy on an electricity linkage project between the two countries, through a marine electric cable that extends to the EU’s single market.

The MoU was inked on the sidelines of a visit by Minister of Electricity and Renewable Energy Mohamed Shaker and his accompanying delegation to Greece to discuss means of fostering bilateral cooperation with regard to connecting Egyptian and Greek electricity transmission networks, read a statement by the Electricity Ministry.

The power interconnection project has several economic, environmental and social benefits, as it aims to establish a strong electricity network in the Eastern Mediterranean to improve the security and reliability of energy supplies and providing assistance in the event of breakdowns, interruptions and emergencies on transmission networks, in addition to raising the degree of security of electrical supplies, the statement added.

It also targets increasing reliance on renewable energy sources in power linkage projects and the electricity mix at both the national and regional levels, the statement said.